Air fryers had recently become a trend, especially when TikTok videos appeared online on how to use the cooking appliance and every little dish that can be made with it, but apparently, some models can cause cancer as they produce cancer-causing chemicals. 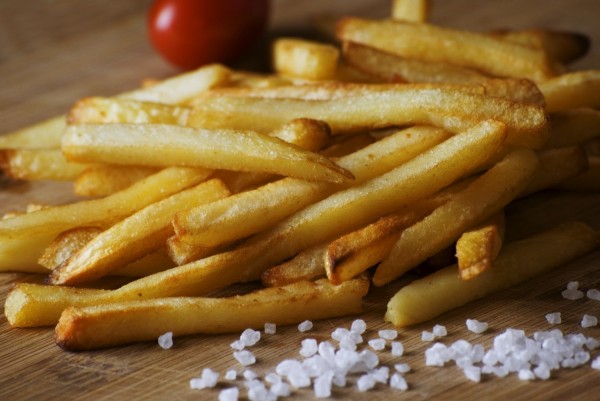 (Photo : Pixabay)
Air-fried frozen fries on 12 models can be dangerous to your health.

In a report by The Standard, the Consumer Council of Hong Kong has tested out 12 models of air fryers from the country and found out that they produce dangerous chemicals that even exceeded the European Union safety levels.

The tests that were done were to determine the level of acrylamide content of air-fried frozen French fries.

Acrylamide is a toxic odorless, white, crystalline organic solid chemical that could potentially cause cancer when someone is exposed to dangerous levels, and that the International Agency for Research on Cancer has already identified it as "probably carcinogenic to humans" and that it's encouraged to be taken as minimally as possible or avoid altogether.

Nevertheless, 12 models of air fryers found in Hong Kong have been found to produce high levels of acrylamide.

Read More: This AI Can Forecast the New Animal Host of the Next Coronavirus

According to the report, all of the tested models have been found to produce acrylamide levels ranging from 102mg/kg to 7,038mg/kg, with six of the models exceeding the European benchmark level of only 500mg/kg, which makes them produce 68 times more the level of what is considered as safe.

However, a repeated test was done wherein the council used the model with the highest level of the potentially carcinogenic chemical and lowered the cooking temperature and reduced cooking time.

The repeated test then showed that the air-fried fries' chemical level has significantly decreased to a level that is considered safe by the European benchmark.

Besides the high levels of acrylamide, the test also found that six of the 12 models tested posed various other safety hazards, including insufficient insulation distance, an excessive rising of temperature in certain parts, inadequate earthing terminal, and more, which could be risky for consumers who are using them at home.

Even the cooking performances of the unmentioned models were also checked and they varied vastly, particularly in cooking fries.

Apparently, some undercooked the fries while others had uneven heat distribution.

What Not to Cook in an Air Fryer

Air fryers have become a well-loved appliance at home because of the ease of use and versatility in cooking meals, but mostly because people believe it's much healthier to cook on an air fryer than the traditional way, usually because of the lack of use of oil and fats.

However, it may not always be the best choice for cooking certain foods, such as frozen French fries, as per the Hong Kong council's test.

Moreover, not every meal can be cooked to perfection via an air fryer, such as a crispy chicken, fish, a burger, as well as grilled cheese sandwiches, as noted by KSat, but there are indeed tons of menus that could be made possible with the small kitchen appliance.

It's also best to research more about the brand before purchasing to avoid possible safety hazards and risks.