The latest spacecraft that is in the works for SpaceX, the SN10 Starship, has been revealed to have a new AFT Flap installed on its body and Elon Musk teases that it would be ready for a test flight anytime this week. The teaser follows an opinionated tweet by the CEO that mentions a phenomenon called "Hypernominalization" in the space flight industry. 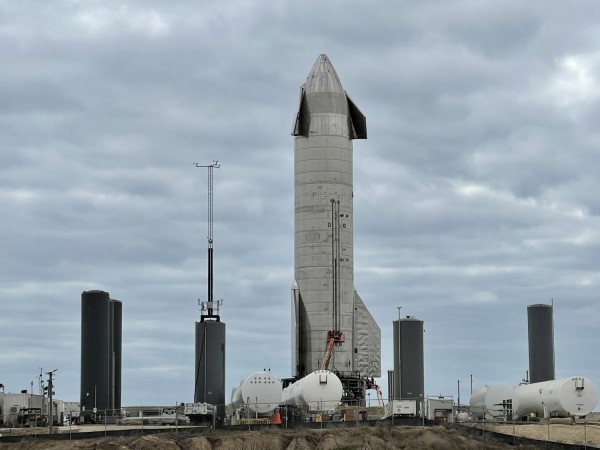 SpaceX is one of the most popular private aerospace manufacturers in the world and has been one of the top choices of NASA and other space agencies in different countries to bring equipment and humans to space. After the SN9's recent failure on its return to the surface, the company is gearing up its latest and slightly larger model, the SN10 Starship.

The company's Starship program is the rocket ship that is purely made with stainless steel that is meant to go to lengths and withstand the almost one-year travel towards the neighboring Red Planet, Mars. While SN8 has revealed that the landing combustion was purely due to maneuver errors, the SN9's explosion has not much to account for, instead of a failed attempt.

SpaceX SN10 Starship: Is there a Test Flight This Week?

One of SpaceX's fans called Boca Chica Gal (@BocaChicaGal) has revealed a new spotting on SpaceX's facility regarding the SN10 that has been fitted with a new "AFT Flap." The new addition to the body would supposedly help the stainless steel spacecraft on its maneuvering, flight, and landing procedures to avoid failures or damages.

Good chance of flying this week!

Elon Musk (@elonmusk) noticed the tweet and have replied that the SpaceX SN10 would have a "good chance of flight this week," suggesting that the latest Starship model would be spreading its wings.

The CEO's statement also suggests that a test flight is soon coming, as the SN10 is the next in line to review its capabilities on actual flights.

Moreover, the SN10 Starship might try to attempt a new landing procedure that would be different than the SN8 and SN9's belly flop landing procedure, which has not resulted in good endings for the company. Musk said that the next landing maneuver would be called the "pull up" method which is self-explanatory as it lands on its original takeoff position.

In separate tweets, the SpaceX and Tesla CEO said a single word about "Hypernominalization" then followed it up by "of space flight."

This pertains to the Hypernominalization of Space Flight, which suggests Elon Musk's opinion and ideas regarding the work they do with and for the government in terms of the space industry.

BBC's Adam Curtis defined "Hypernominalisation" in his film that says government agencies and other massive entities in the field have given up on "real world" solutions and instead made a "fake world." The fake, suggests that the world is now run by private and massive corporations that are kept in check by politicians.