Amazon's virtual assistant, Alexa, took the users by surprise through its shocking emergence in Xbox gaming consoles. Cortana, Microsoft's voice-command assistant, seemed to be absent upon the arrival of the former to the platform.

How did Alexa land it in the first place?

Amazon Alexa's Entry to Xbox Could Spell a Meaning to Gamers

We do not know what kind of magic has led Amazon Alexa to Xbox right now, but one thing is for sure: the AI voice assistant is now the gaming console's official partner. This means that Alexa is now fully accessible on all Xbox platforms, including Xbox One, Xbox One X, Xbox One S, and Xbox Series. 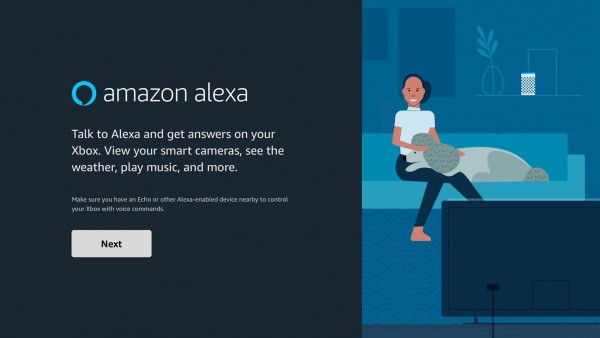 With Alexa's entrance to Xbox, you can now see that Cortana disappeared like dust in the background together with the Kinect. Microsoft has been the face of AI through its voice assistant, and yet this time, it only becomes a speck of memory for the Xbox users.

According to a report by Edison Then of Slash Gear, it's been nearly three years since Microsoft decided to withdraw Cortana from all Xbox platforms. What's even more hurtful to the company is now, Cortana will not be able to enter Xbox since Alexa is now assigned to take over the role of virtual assistant across the consoles.

Amazon Alexa's addition as an Xbox app will mean additional access to Amazon's VA AI technology. For instance, if you want to open a game in the said console, you can now summon Alexa. You could also call the virtual assistant using smart home devices like televisions and doorbells, specifically the Ring Video Doorbell.

Amazon Alexa is an Upgrade to Xbox

In a report by Tech Radar,  if you own any of the Xbox consoles right now, you could control Alexa, but do not expect that it will work the way you expect it. To enable the virtual assistant, go to the Digital Assistants option, which you can find in the Settings menu. From there, you can now use Alexa to incorporate in your gaming on Xbox.

But, remember that Alexa and Xbox have not yet come in sync at the moment, so there could be some problems that you can encounter upon using it. Until then, it is still weird how Xbox came up with Amazon Alexa, while Cortana has been around for many years, and yet, it did not receive a comeback on the platform.

In addition, Xbox has been one of the closest partners of Microsoft over the past years. Even though the tech giant is known to be associated with other companies, both Microsoft and Xbox are indeed helping one another raise their consumers' satisfaction.

On the other hand, Xbox is also popular in collaborating with other companies focused on developing games like Sony and Nintendo. Previously, it proposed to launch a cross-playability of some of its games, including Rocket League and Minecraft.

Now that Amazon Alexa penetrated the Xbox community, users could explore its functions without needing a Kinect device. It is therefore established that the presence of Alexa in the console will mean that gamers are always ready to be more interactive while playing games.

ⓒ 2021 TECHTIMES.com All rights reserved. Do not reproduce without permission.
Tags: Amazon Alexa Xbox Xbox One
Most Popular