Gamers and collectors who missed the first half of the GameStop two-week Tax Day sale event can still bag amazing deals with its second week, from Mar. 7 to 13.

The GameStop Tax Day sale event coincides with the US tax season - the time when everyone files their tax returns to the federal government - with the first half running from Feb. 28 to Mar. 6. 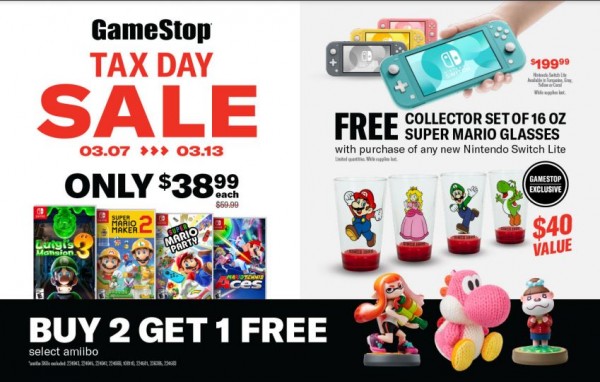 Stock Up on the Latest Gaming Titles

The second Tax Day sale event is marked by select Nintendo Switch games dropping down to only $38.99, from the original SRP price of $59.99. Titles include the award-winning game Luigi's Mansion 3, as well as Super Mario Maker 2, Super Mario Party, Mario Tennis Aces, and more.

However, the $38.99 titles are just the beginning. The Borderlands Legendary Collection, both Ori games, and the Sonic Mania - Sonic Racing bundle are now down to $29.99. Other titles include Ni No Kuni, Monster Hunter Generations Ultimate, and Digimon Story: Cyber Sleuth.

NBA 2K Playgrounds 2 and Sid Meier's Civilization VI are only $14.99 for the duration of the Tax Day sale event.

Aside from these titles, GameStop has also put up select games for the PS4 and Xbox One - available for up to 55 percent off. Set up your next gaming weekends with Watch Dogs Legion, Star Wars Squadrons, Mafia: The Definitive Edition, and Resident Evil 2 at special prices for the Tax Day sale event duration.

Pulling all stops in its Tax Day sale event, gamers can even get five titles. Yes, five titles for as low as $10, or one game at $4.99 under its pre-owned games selections.

The GameStop trade-in promo continues for everyone looking for a reason to switch consoles and find new gaming experiences. Get an extra $50 credit for all customers trading in their Nintendo Switch, PlayStation 5, Xbox Series X|S, PlayStation 4, or Xbox One systems. 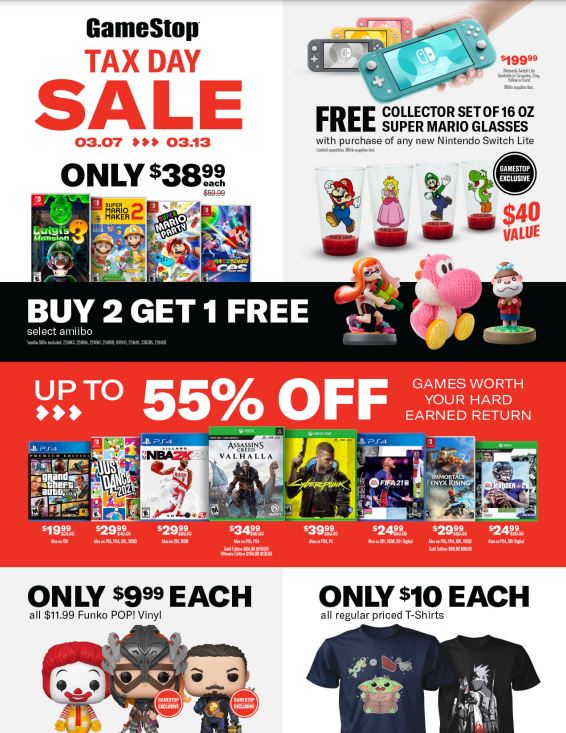 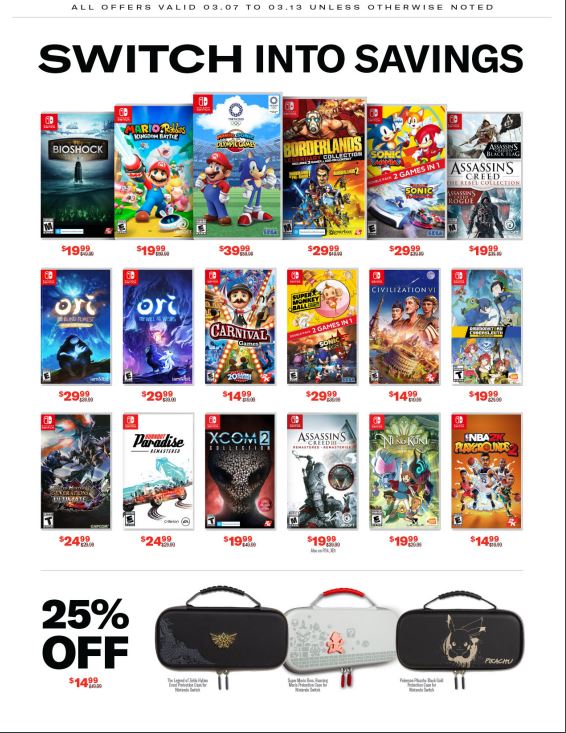 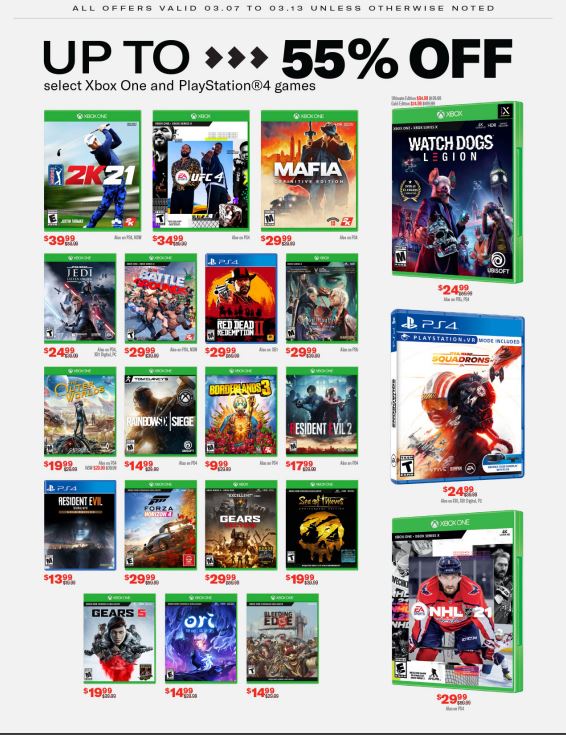 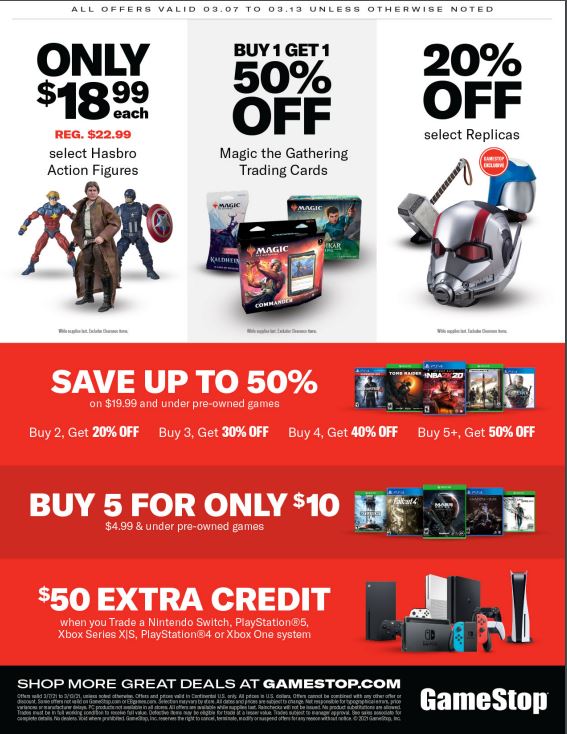 Build Your Deck and Dioramas With Discounted Items

Aside from the games and consoles upon sale, merch collectors, toy enthusiasts, and MTG players also get discount deals tailored for them. Select Hasbro Action Figures are down to $18.99 each. Similarly, Magic the Gathering decks and booster packs are currently at a Buy 1, Get 1 deal at GameStop.

Lastly, select replicas - including coveted Marvel, DC, and Hasbro props - are also at a 20 percent discount run for the entire Tax Day sale event. Nintendo collectibles under the Amiibo line are cure on a Buy 2, Get 1 free promo.

ⓒ 2021 TECHTIMES.com All rights reserved. Do not reproduce without permission.
Tags: Gamestop Playstation 4 PlayStation 5 Xbox One

'Immortal Fenyx Rising': How to Start A New God DLC