Early Rumors Suggest Samsung Galaxy Note Will Not Be Released This Year, Company Exec Confirms It Is True

Last December, rumors reported that Samsung Galaxy Note will be skipping its launch for the year 2021.

At the time of writing, Samsung has been working to improve Galaxy S21 Ultra through the addition of the S-Pen stylus. The company will also focus on the Galaxy Z Fold 3, which will be launched this year.

Samsung Says Next Galaxy Note Will Skip This 2021 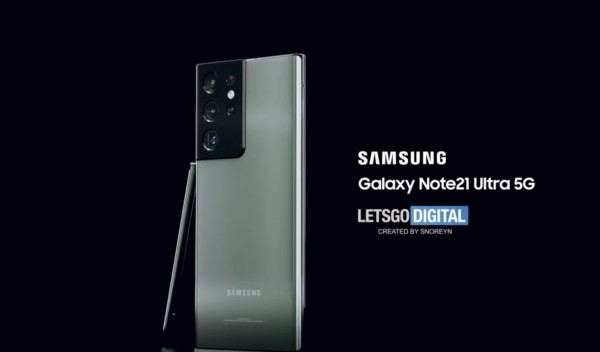 Now, Samsung has put an end to the rumors after saying that the stylus feature will not be introduced in the S21 Ultra. This is in connection to the rumors that a new Galaxy Note 21 will be publicly available.

However, the South Korean electronics company said that the postponement of the Galaxy Note's launch is not because of the prominence of the Galaxy S21 Ultra.

According to DJ Koh, the co-CEO of Samsung, the shortage of the current supplies of microchips has become a problem, which caused the delay of the smart device.

"There's a serious imbalance in supply and demand of chips in the IT sector globally. Despite the difficult environment, our business leaders are meeting partners overseas to solve these problems. It's hard to say the shortage issue has been solved 100%," Koh said in a report by Bloomberg.

Koh added that the Note series is set to become one of the biggest surprises in their portfolio. However, launching two flagship products in one year may not go according to plan, so they decided to change the launch date to 2022.

The semiconductor shortage has been felt by the South Korean electronics manufacturer. Samsung just became the recent company to identify the global scenario of the said shortage.

Furthermore, the COVID-19 pandemic has limited the companies in their production, which would surely impact the flow of the demand.

The Struggling Problem in Microchip Production

The same source said that Innolux, Continental, and other electronics manufacturing companies are struggling when it came to chip production.

The shortage is not only affecting the smartphone industry since it has even reached car companies like Honda and Toyota. This year, the projected loss in sales for the carmakers is $61 billion due to a mismanaged inventory handling.

According to the Samsung co-CEO, the smartphone maker is now seeking help through collaborating with its partners. Smartphones could not work without chips, and this is where the industry of silicon is involved.

Moreover, Qualcomm, a semiconductor firm, could meet a decrease of 5% in the second quarter of the year. This will lead to a reduction in the output of smartphones worldwide.

Experts said that this problem could be solved in the next few months, but it could continue to hit the consumer electronics industry.

Still, the Note 21 did not indicate its development stage before the comment of Samsung's co-CEO, Engadget reported. As a result, the only reason why it will not make it this year is the global microchip shortage.

If one day the chip shortage can be resolved, the growth of the devices could boom again. It's a two-way street for the manufacturing company and mobile giants to establish a solid foundation of technology that is interconnected to one another.