After unveiling iOS 14.4.1 last week, Apple has decided to halt the signing of iOS 14.4 today, Mar. 19. Those who have updated their devices to support iOS 14.4.1 can no longer downgrade them to iOS 14.4 and its previous OS versions.

Since the recent bugs and security issues require up-to-date features for iOS, the company has come up with this solution. For the jailbreak community, downgrading could be possible but not at all times.

For this case, let's take a look at how halting the iOS 14.4 signing impacts the jailbreak perspective of the users. 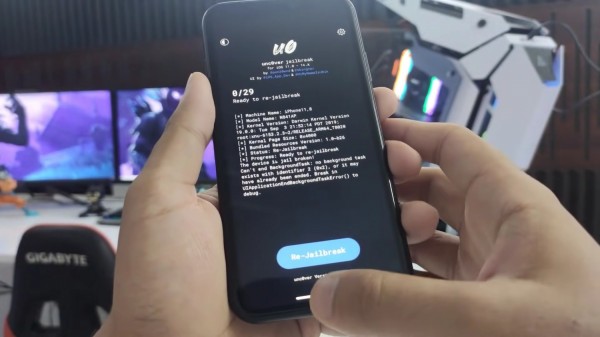 According to a report by 9To5Mac, the vulnerability in the browser engine called WebKit is patched by iOS 14.4.1. The said browser engine, which was developed by Apple, is primarily used in the Safari browser. It is also the one that runs other third-party browsers in iOS.

The company said that a malicious code execution could occur from the exploit using the contents from the web browsers. Previously, the public welcomed the iOS 14.4 in January where several updates including bug fixes in the keyboard input lag, alterations of Camera features, and the latest Apple Watch faces.

For users who want to downgrade to outdated versions of iOS, jailbreaking the device is the key solution. The users engage in jailbreak scenarios because there are bugs that hamper their iOS upgrading, and it's a better alternative than enduring the new but glitchy operating system.

Some users are experiencing problems with the iOs 14.4.1 but in the meantime, there's nothing that you can do to address the issue. The only solution that you do for this problem is to patiently wait for the upcoming available update instead of demoting the iOS 14.4.

If you are still persistent to downgrade your iOS, you can make it happen through the latest iOS 14.5 beta 4 up to iOS 14.4.1.

Read Also: iOS 15 to Come on September? Will it be Compatible With iPhone 7 and Later, and What Should We Expect

How to Jailbreak your iPhone

WCCF Tech reported that jailbreaking your iPhone is possible through the use of the Uncover 6.0.0 tool. For instance, you can jailbreak your iPhone 6s to iPhone 12 models through this software.

Some users have iOS 14.4 builds that they cannot downgrade. As mentioned previously, the jailbreak community has not figured out a solution for this issue so all you have to do is to wait for a future update.

Using CoolStar's Taurine jailbreak tool can also work sometimes, but it focuses more on serving devices powered by iOS 14 up to iOS 14.3. If ever you have any device that runs under these operating systems, you might want to give it a shot with this tool.

Also, reverting to older operating system builds is an efficient way besides jailbreaking your devices. Again, this scenario will only keep you waiting for the update to come.

It is still up to Apple when it will release the information that we need for our iOS devices. In the meantime, let's hope that it will happen at the soonest possible time.