Motorola is looking at a new release of the smartphone, and this time, it would not be as pricey as the Razr flip touchscreen which debuted earlier, as the company brings the Motorola G50 with 5G capabilities. What is notable about this smartphone is that it aims to bring 5G technology that does not necessarily skimp on performance and specifications. 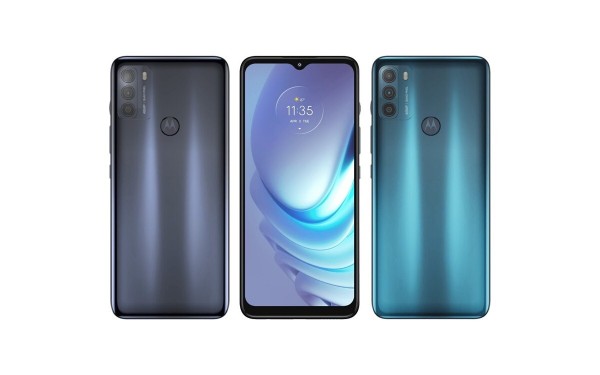 The popular Illinois-based smartphone company which has made its mark in the early 2000s, Motorola, is back in getting their name across the international waters after everything that the company went through. It was initially acquired by Google for $12.5 billion but was ultimately sold to Lenovo for $2.91 billion last 2012 and finalized in 2014.

The initial return of the popular cellular phone company was with its most iconic device yet, the Razr flip phone, which has been tweaked to adhere to the current technology that uses the smartphone operating system. Motorola has released a lot of smartphones from their return, but its latest entry is to debut the cheapest 5G smartphone of the company.

In January, according to European media called "Technik News," the Motorola G50 5G is referred to as the "Ibiza" and has been generating a massive buzz in the online community as it aims to debut a cheap 5G smartphone for all. What is more notable about this device is that it is paired with Qualcomm's Snapdragon 480, which is a peculiar choice for the device.

The Snapdragon 480 is cheap but is adept to deliver performance and 5G, which is slowly becoming the standard of smartphones released in 2021. The device is basic but can pack a punch with its 4GB RAM, 128GB of Storage, 720x1600 HD+ resolution with 90Hz of refresh rate, 5,000mAh Battery, and the latest operating system version, Android 11.

As of now, there are no exact release dates for the Motorola G50 as revealed by the leakers, but it is speculated to be amongst the public for this year, and debuting worldwide. The device is playing around the entry to mid-range of smartphones with its specifications and follows the Motorola g series as its predecessor, which has a price tag of $299 to $379.

The device has recently appeared on the TENAA listing, which is a Chinese government website, and it indicates that the smartphone is nearing its launch date, as the device is already official. Motorola's return to the smartphone platform has them fighting out against smartphone giants like Samsung, OnePlus, Xiaomi, and Apple.

With this, the company should be on their very best with its releases, in which its flagship devices like the Razr (version 2) were faced with mixed reviews that praised the return of the flips, but were not that affordable with its price. Motorola has been long in the handheld phone market but is fairly making its name in the smartphone industry.