'Secret Neighbor' on PS4, Switch: Where to Find the Keys [GUIDE]

On Friday, March 26, tinyBuild announced that "Secret Neighbor" would be releasing to PlayStation 4 and iOS on April 29, followed by Switch this summer. The game was initially released in October 2019 for PC and Xbox on Steam. Now is a good time to see what the game is all about if you have recently heard of it. 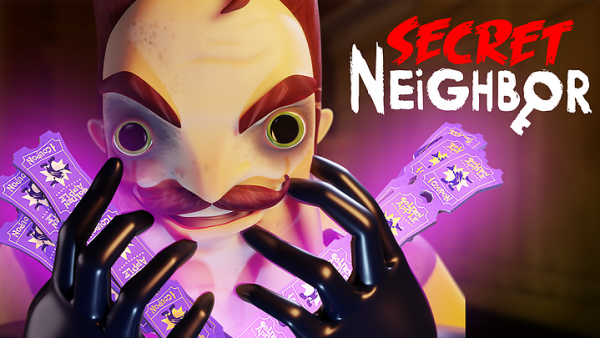 According to Gematsu, "Secret Neighbor" is a multiplayer horror game based on the Hello Neighbor series. This is part of the game series of "Hello Neighbor." In the game, a group of children attempts to sneak into the spooky Neighbor's home.

Six players sneak into a locked basement door to open it when they find that one of them is the Neighbor in disguise. The events in the game occur between Acts 1 and 2 of Hello Neighbor's original game.

You either play as two teams, these being:

As the Neighbor, you choose from various classes and employ all available means to prevent intruders from succeeding. Initially, you are in disguise, and it is up to you to build trust with other players to tempt them away from the group and have them disappear.

Your tools of the trade include bear traps, secret control rooms, smoke bombs, and so on. The best players in the game will convince large groups of people that someone else is the Neighbor.

Friends are searching for their missing friend. Everyone believes he is locked in the creepy basement of the Neighbor.

Intruders come equipped with different abilities and classes, so the only logical thing to do is break into the Neighbor's house and basement.

Bagger will have extra storage space. Brave will boost everyone's speed. Detective knows where the keys are, and more.

Players will be required to scavenge the house for basement keys and valuable loot to upgrade their skills and equipment.

'Secret Neighbor:' Where to find keys

According to Gamepressure, you may need a little help getting started. Here are a few tips for the intruder's side to help you get started, and where to find the keys.

"Secret Neighbor" is best played while wearing headphones since you can often hear the Neighbor's attempts to conceal himself - thanks to this, you can tell he is hidden in the next room. As well as having a good ear, searching for keys necessitates a good sense of hearing because keys have distinctive sounds.

This is very important - to open the door, you need not just any key, but the key needs to match the color of the lock. Take note of the number of locks and the color of each lock.

When you can see well in the dark, you can throw your flashlight away to help you save space in your inventory! For now, you can keep two boxes in your inventory that protects you from the Neighbor until you locate a key.

The boxes are enough to paralyze a neighbor for a while - if you recover them quickly after they are thrown, you can hinder the Neighbor!

These are some tips you can use while playing the game.