Google Maps will soon receive a new AI feature that will provide the users with eco-friendly routes, which have the same ETA time as the fastest regular paths. The tech giant company is expected to make its Maps application's new capability a default feature. 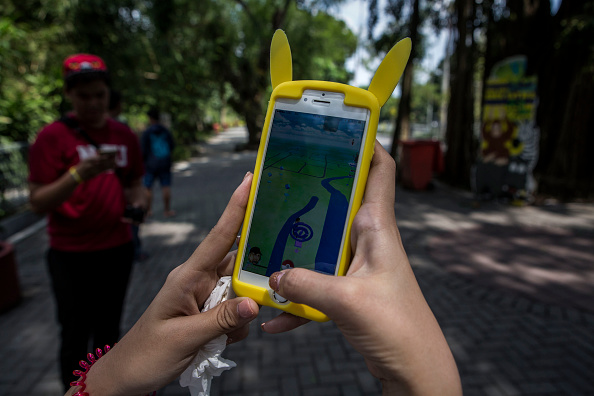 (Photo : Photo by Ulet Ifansasti/Getty Images)
Adel, plays Pokemon Go game on a smartphone at Gembira Loka Zoo on July 23, 2016 in Yogyakarta, Indonesia. "Pokemon Go," which uses Google Maps and a smartphone has been a smash-hit in countries where it is available and already popular in Indonesia even though it has not been officially released. Indonesians have been downloading the game by using a proxy location which gives them access to app stores of other countries as security officials have voiced worries that the game could pose a security threat.

This means that the new AI-powered feature will automatically provide the paths with the lowest carbon footprint. However, this doesn't mean that Google Maps will lead you to forests and other similar areas.

To give you more idea, here's how the new feature works.

Yahoo Finance reported that the new default feature would be launched in the United States later this 2021. The new AI-powered capability is a part of Google's commitment to fighting the current climate change. 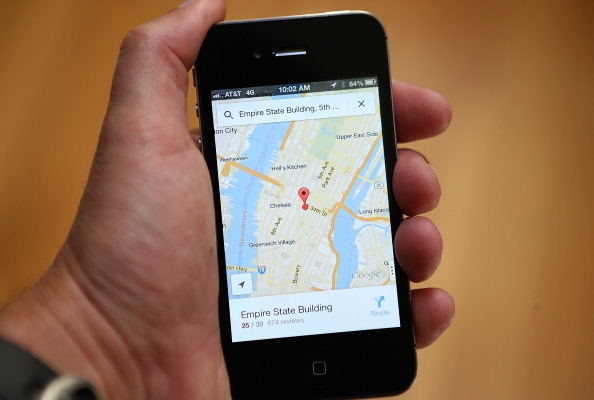 (Photo : Photo by Justin Sullivan/Getty Images)
The Google Maps app is seen on an Apple iPhone 4S on December 13, 2012 in Fairfax, California. Three months after Apple removed the popular Google Maps from its operating system to replace it with its own mapping software, a Google Maps app has been added to the iTunes store. Apple Maps were widely panned in tech reviews and among customers, the fallout resulting in the dismissal of the top executive in charge of Apple's mobile operating system.

It analyzes various data such as traffic congestion and road incline. This method allows it to optimize for lower fuel consumption. On the other hand, Google will also offer a comparison of the CO2 impact between the different routes.

This will happen if the eco-friendly routes suddenly increase the ETA (estimated time of arrival) time. Thanks to this option, the users can still choose if they will take the fastest route or the path with the lowest carbon footprint.

To do this, the user needs to adjust their Google Maps' preferences in the application's Settings option.

"What we are seeing is for around half of routes, we are able to find an option more eco-friendly with minimal or no time-cost trade-off," said Google's Product Director Russell Dicker.

"This is a great example of three trends coming together - the data, sustainability and consumer choice," he added.

The Next Web reported that Google Maps would also have new alert notifications that will inform the users if they enter the low emission routes. Aside from this, the drivers will also be alerted if the eco-friendly paths are safe areas. They will also know if they are allowed to enter the suggested roads.

For more news updates about Google and its upcoming features, always keep your tabs open here at TechTimes.