'Pokemon GO' Rivals' Week to Begin on April 13, Here's Everything You Need to Know—Therian Forme Landorous, and MORE

"Pokemon GO" Incarnate Forme Landorous was the first form of the Legendary monster to appear in the game from Generation V, but this April 13, Niantic is bringing the Therian Forme and more in an event. The next "Pokemon GO" event coming would be called "Rivals' Week," and it would include an old ideology from the manga and series to the AR game.

Pokemon GO: What is Rivals' Week?

According to Pokemon GO Live's post, the rival in the upcoming "Rivals' Week" event would not be another trainer or a random bot character that pops up and challenges trainers to a Pokemon battle. Rather, the rival would be in the form of a pocket monster, where they would bring challenges and test out a character's limits in an actual battle.

Throughout the week, players would have an opportunity to test out their strengths and skills, particularly of their Pokemon, against the rival that is going to appear on several occasions to issue a challenge. Additionally, Niantic Labs would bring the Pokemons that are known to have "rivalries" in the manga to appear often in the wild.

Generation V and VI Pokemon are also slated to make an appearance in the Rivals' Week event, with the Legendary Therian Forme Landorous appearing with a different version, after initially bringing the Incarnate and Thundurus. Additionally, "Pokemon GO" is also debuting Generation VI Pokemon Skrelp and Clauncher in the game.

Training with friends is a great way to improve, but there’s something special about testing your limits against a rival! 😠

Did you know that some Pokémon are known to be rivals, too? 💪 An event featuring these Pokémon will be coming soon! https://t.co/3hZ1YQE8oz pic.twitter.com/hOV5vMfNMK 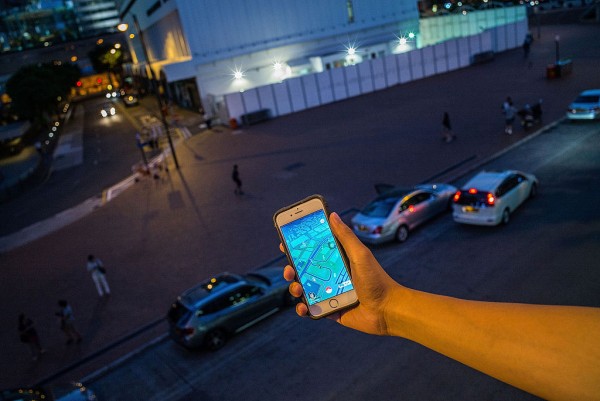 (Photo : (Photo by Lam Yik Fei/Getty Images))
HONG KONG - JULY 25: People play the Pokemon Go game on July 25, 2016 in Tsim Sha Tsui, Hong Kong. "Pokemon Go", which has been a smash-hit across the globe was launched in Hong Kong on 25th July. Since its global launch, the mobile game has been an unexpected megahit among users who have taken to the streets with their smartphones.

PokeStops across the map would also be plagued by Team Rocket Grunts and Personnel to terrorize trainers and hinder them from collecting the full offer of items in the stop. Here, they will be challenged to a Pokemon Battle, where trainers need to defeat them to obtain the different loot that awaits.