Tech Powerup initially revealed the patch in a report published on Tuesday, Apr. 6, but a Software QA at Nvidia named Manuel Guzman confirmed that the change was made much earlier.

This is nothing new. This change was made months ago when NVIDIA Broadcast launched.

The news allows users who struggled to upgrade their graphics cards for various reasons to enjoy the highly-coveted feature without the need to go through a workaround. 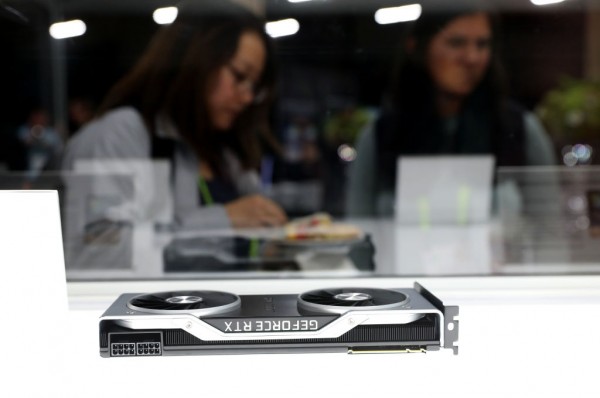 RTX Voice: How Does It Work?

According to The Verge's report on April 2020, the Nvidia RTX Voice is an app that filters background audio noise through the use of an AI.

The RTX Voice eliminates the need to use a noise-canceling headset or to look for a quiet place, giving the user a worry-free meeting or live stream.

Additionally, the software quiets down the background noise from both the user's audio and others who receive it without the latter needing to use the software simultaneously.

By the time the RTX voice was launched, it initially required users to have an NVIDIA GeForce RTX 20-series GPU and GeForce drivers R410 or later installed on Windows 10 to work.

Nvidia claimed that the software uses the Tensor cores built into its latest products for the feature to accomplish the promised noise-free audio.

With the latest patch, the feature is made available to non-RTX graphics cards from the latest RTX 30-cards down to their 600-series.

Users who wish to enable RTX Voice would now only need Nvidia's 410.18 drivers or newer installed.

However, enabling the RTX voice on a non-RTX graphics card may affect the user's overall gaming performance as it could reduce the frame rates by up to 20%.

RTX Voice Exposed: A Hack Made Non-RTX GPUs Use the Exclusive Feature

Despite Nvidia's initial claims that the RTX Voice could only work on the RTX graphics cards, Tom's Hardware revealed a workaround to make older graphic cards use the software.

In an article published on Apr. 2020, Tom's Hardware claimed that the workaround could get the feature working on non-RTX graphics cards and Windows 7.

Firstly, the user must let the RTX Voice installer run normally until an error message pops up that says that the feature is not supported by the graphics card installed.

Despite the prompt, the installer will proceed on creating a temporary folder on the C: drive named "NVRTXVoice," and unpack all the necessary files for the program to run.

Then, the user will have to open the RTXVoice.nvi file, which is located inside the NvAFX folder, with a text editor with administrator privileges, and delete the entire "constraints section."

Once deleted, the user could now run the setup program without encountering any errors.