"Genshin Impact" recently had its downtime, and has released its update with patch 1.5 that comes with its lengthy notes that reveal what the game has to offer in the new version of the game. A New 5-Star Claymore weapon called "Song of the Pines" has arrived, debuting with new artifacts, domains, and events waiting for its players. 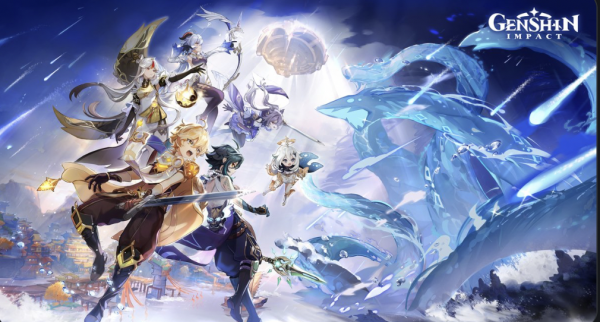 The downtime is over, and updating time begins, and if a user is lucky enough to have a strong internet connection, playtime is just around the corner to experience the new version of "Genshin Impact."

What's more iconic with this update was the recent feature debuted by miHoYo that allows players never to miss an update by "pre-installing" the upcoming update for either the PC, console, or mobile platform. Through this, players would have the chance to download it in the background and avoid waiting for confirmation and when the update is live.

According to miHoYo's "Beneath the Light of Jadeite" update, version 1.5 has a lot in store for gamers of the popular open-world role-playing game (RPG) that aims more than to bring fixes for the last version. "Genshin Impact's" update 1.4 has brought the immensely popular Venti banner, which made the popular 5-star Wind-Lyre character available for grabs.

Below are the details of the Version 1.5 update "Beneath the Light of Jadeite" and the update compensation.

First off, miHoYo is offering 300 Primogems for the 5 hours "Genshin Impact" was down due to the maintenance (60 Primogems per hour), and its issue fix compensation of 300 Primogems as well. Users would have to undergo different eligibilities via the in-game mail to know more about how much they would get for this.

Eula finally appears for Patch 1.5, after being initially leaked and speculated for version 1.4, bringing a chilling appearance in the game with a Cryo element in the game. The character is given the Claymore weapon and is available via an event banner in-game.

Opposite Eula is a Pyro element wielder called Yanfei, which has a Catalyst for a weapon, bringing massive elemental damage with its attacks and special moves. Moreover, the character features a heavy-hitting Scarlet Seal effect that consumes it for extra Atk Pwr and DMG.

What's iconic with the new weapon is that it holds "Sigil of Whispers" that can significantly increase Normal ATK and ATK SPD of a character and those around them for 12s, after stacking four of this.

The event will be held from Friday, Apr. 30, 10 AM, until Monday, May 17, 3:59 AM Local Time. Eligibility would be available for Adventure Rank 20 players and above, centering on a mysterious relic called "Irminsul Fruit Fragments." These can be found via Places of Interest and challenging Domains.