Cryptocurrency Miners Warned By GALAX: Warranty is Void if You Use Our SSDs

Cryptocurrency miners are now looking to mine a new one: Chia, which can be acquired if you use SSDs and other storage devices. But computer component manufacturer GALAX just gave them a stern warning.

TweakTown reports that the company is going to deny warranty claims for anyone who uses their SSDs to mine Chia. The company claims that high-intensity workloads like cryptocurrency mining are too demanding for their SSDs, and could shorten the lifespan of the component significantly. Reads and writes on the drives will slow down, and they'll suffer permanent damage in the long run. 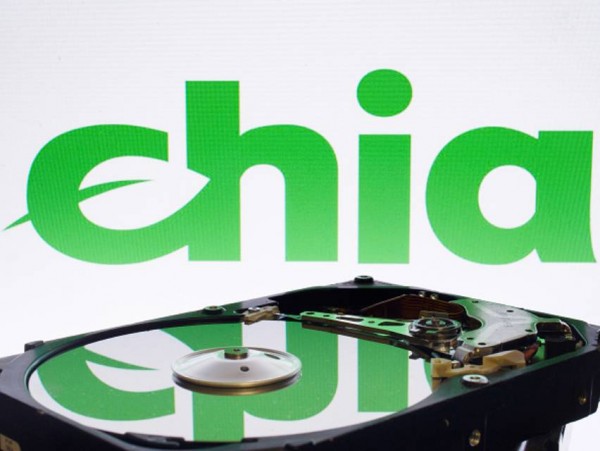 (Photo : Getty Images)
RUSSIA - 2021/04/28: In this photo illustration the logo of the new Chia cryptocurrency is reflected in a plate of a computer hard disk. The hype around this cryptocurrency has already caused an increase in the prices of hard drives for computers. (Photo Illustration by Alexander Sayganov/SOPA Images/LightRocket via Getty Images)

This news comes with the recent introduction of Chia, a type of cryptocurrency that can only be mined on storage devices like solid state drives and not graphics cards. Chia developer Bram Cohen believes that with his current invention, there's a promise for better blockchain that's more efficient, secure, and de-centralized unlike Bitcoin.

Cohen also hopes that it will promote sustainable cryptocurrency mining, because GPUs use way too much power. SSDs obviously consume much less.

With the creation of Chia, cryptocurrency miners are now snagging whatever SSD they can find. And the numbers don't lie: according to TechSpot, it has spurred an insane 500% increase in SSD sales, more specifically for the brand Adata. It's not just Adata: China's fourth-biggest memory chip maker, Jiahe Jinwei, also reported that their Asgard and Gloway 2TB and 1TB drives are now sold out.

If this goes on, then it might mean that PC builders must endure another component scarcity on top of the GPU shortage that's already happening. Miners will purchase all the drives, thereby inflating prices to a point where even small-capacity disks won't make sense to buy.

But perhaps this might also indirectly lead to graphics cards being more available, if things go right, that is. Chia isn't tradeable until May 3rd, so miners can't get anything out of it yet. But when it does prove to be profitable, it has the potential to sway cryptocurrency enthusiasts away from GPUs. 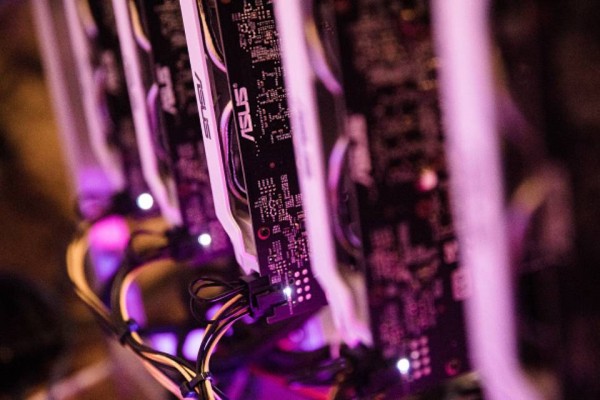 (Photo : Getty Images)
Nvidia Corp. GeForce GTX 1070 graphic processing units (GPU) sit stacked inside a 'mining rig' computer, used to mine the Ethereum cryptocurrency, in Budapest, Hungary, on Wednesday, Jan. 31, 2018. Cryptocurrencies are not living up to their comparisons with gold as a store of value, tumbling Monday as an equities sell-off in Asia extended the biggest rout in global stocks in two years. Photographer: Akos Stiller/Bloomberg via Getty Images

Just imagine how much electricity is consumed by a video card mining rig featuring 10, 20, or even as much as 50 RTX 3090s, for instance. People run those rigs 24/7 and it has to be hurting their power bill (and their profit margins) one way or another. But an SSD-focused rig will not consume even a fourth of what a GPU mining rig guzzles down. That's an alternative they're not going to pass up.

Mining Communities Already Not Liking It

GALAX's decision to void warranty on cryptocurrency mining-damaged SSDs are already being questioned by a few mining communities, as they should. As stated in a post on TheCoinShark, there's doubt as to how GALAX would determine if a drive was actually damaged by mining. They're also assuming that to some degree, the company would abuse their power to deny warranty repairs. They warn that people who use SSDs for high-intensity purposes other than mining can be denied warranty, even though they've never heard of Chia before.

Still, everything is up in the air at the moment. All that the tech world can do is watch with baited breath.

How Joey Hickson Became A Top 50 Investor In Dogelon Cryptocurrency