'Made in Abyss: Binary Star Falling into Darkness' is Coming to PS4, Nintendo Switch, and PC in 2022—Further Details and Story Revealed

Finally, the Japanese manga series-turned 3D RPG "Made in Abyss: Binary Star Falling into Darkness" will soon come to select regions next year. 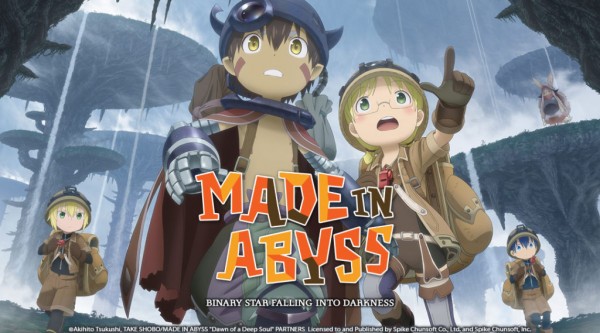 As announced by video-game and localization company, Spike Chunsoft, the adopted anime game will now be available for gamers who have PS4, Nintendo Switch, and PC via Steam.

'Made in Abyss' Overview Ahead of its 2022 Release

According to the official website of Spike Chunsoft, "Made in Abyss: Binary Star Falling into Darkness" will be released in digital and physical versions in 2022. Next year, the video game is now playable across Japan, Europe, and North America.

The physical edition of the game in Europe will be assigned to Numskull Games, which will be the main distributor in the Western region.

Since 2012, Akihito Tsukushi has been developing "Made in Abyss" so he could publish it on Web Comic Gamma (Takeshobo). The fantasy manga revolves in its dark and unusual storyline which caught a lot of attention of fans worldwide.

Its art style is described as "gentle" which goes well with its "unique" juxtaposition. In 2017, the anime version of "Made in Abyss" was aired and two years later, a compilation movie was released to satisfy craving fans.

Last January 2020, the studio launched a new theatrical movie for the anime. In the same year, fans were also notified about its upcoming sequel which is said to incorporate a lot of improvements that will consider the addition of important contents in the original manga series.

All About 'Made in Abyss: Binary Star Falling into Darkness'

According to a report by Gematsu on Wednesday, May 5, "Made in Abyss: Binary Star Falling into Darkness" features a setup where players will go through the depths of the Abyss world where tons of challenges await them.

If you are a fan of this anime, you can fully experience what happens to the manga through its story mode. You can also dive into the original story which is crafted by Akihito Tsukushi, the series author.

A plethora of things are expected to come out as its dark fantasy elements will be retained throughout thanks to the impressive artworks of the artists.

You could also meet several "Made in Abyss" characters, in addition to hearing the event scenes which are brought to life by the voice actors in the game.

Of course, "Made in Abyss" will not be called as-is if it wasn't for Reg and Riko who are the main characters of the story. The two will be heading to the Abyss where a chunk of mysteries and adventures rise and fade away.

The nameless Cave Raider's adventures in the Abyss will tell its story.

Meanwhile, "Made in Abyss" will also be releasing its second season in its first poster, Comic Book reported. Every year, the teaser always leads fans to believe a new season will be released even though no details are revealed at the time.

This year, what's coming will be a thrilling ride once again with the anime. The upcoming season will adopt the title "Made in Abyss: The Sun Blazes Upon the Golden City."

ⓒ 2021 TECHTIMES.com All rights reserved. Do not reproduce without permission.
Tags: Made in Abyss Made in Abyss: Binary Star Falling into Darkness Video Games
Most Popular