Samsung Galaxy A22 has been in the corner for a while in the rumor mill. In several reports, many versions of it were reportedly leaked ahead of its official launch. For this week, we already knew that it will come in 4G and 5G versions, as well as four color options.

As of the moment, its renders were also teased and even its possible price so that users could have an estimate if it is affordable and consumer-friendly.

For now, its specific renders and key specs will be discussed so we could have a clearer view of what's in it--as well as the comparison between the 4G and the 5G edition. 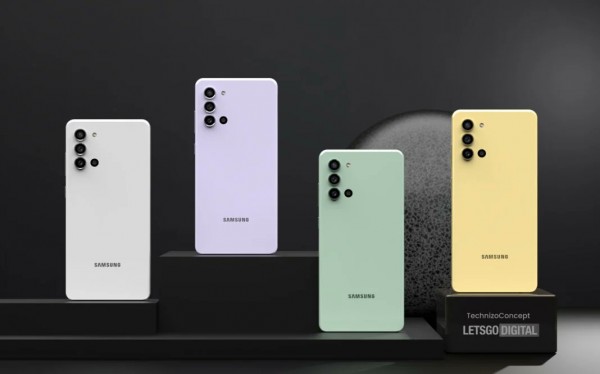 (Photo : Let's Go Digital)
Samsung Galaxy A22 5G and 4G variants may seem similar but they have slight differences in their specifications. Here are they.

According to a report by Business Insider, we should not expect that the Samsung Galaxy A22 5G to have a smooth performance like the premium smartphones that relies on cutting-edge technology.

Although the Galaxy 4G and 5G edition appear to be twin-modeled phones, we could spot some notable differences when it comes to their design. The bezels present in the 4G version are slimmer even though the 5G edition has also a waterdrop notch.

The same thing can be said to their square-shaped camera module at the rear, which is also different from one another. The Galaxy A22 5G features three cameras on it while the 4G model relies on the quad cameras and the LED flash located below the module.

Read Also: Samsung Galaxy A32 Now the Cheapest 5G Smartphone on the Market

For their colors, both the Galaxy A22 models have four-color options which include Green, Black, White, and Purple.

After laying out comparisons in their color options, display, and cameras, it is also easy to see that the 5G model's fingerprint sensor is mounted on its side. In short, this could be a clue that the Galaxy A22 5G will be donning its LCD screen whereas the 4G edition will be featuring an AMOLED panel.

From the Galaxy A22 4G versions' 6.4-inch High-Resolution AMOLED screen, we could potentially witness the coming of the standard 60Hz refresh rate for this model.

91Mobiles wrote in its report that the 4G model will also depend on its MediaTek Helio G80 chipset.

However, if you are wondering why there are no available details about the RAM and storage of the new Samsung Galaxy lineup, the South Korean firm has not yet announced any information about it.

In the previously announced quad camera feature, it prefers the particular combination of the 48MP, 5MP, and two 2MP. Additionally, its front camera will have a sensor of 13 MP.

Expect it as well to be a lightweight phone at 185 grams. Meanwhile, its thickness is measured at 8.5 mm.

On the other hand, the Samsung Galaxy A22 5G will not be having the same AMOLED display. Instead, it will come with a 6.4-inch FHD+LCD display. Its processor is more superior to its 4G counterpart with its MediaTek Dimensity 700 chip.

Even though it has the same set of triple-camera configurations as the 4G model, it is much heavier (205 grams) and thicker (9mm) than the previous version.

For their battery, both the Galaxy A22 4G and 5G variants will have a 15W ultra-fast charging in their 5,000mAh batteries.