Tesla's popular Semi truck will soon have its first megacharger, thanks to FritoLay Incorporated's efforts.

The giant manufacturer and chips seller confirmed that it will install Tesla Semichargers at its delivery center, which is currently located at 600 Garner Road in Modesto, California.

Tesla Semi will not only be electric and greatly reduce fossil fuel emissions - it will be drastically safer than any other truck on the road of its kind. Huge win for the simulation. Safety is so underrated as a part of why people buy Tesla’s $TSLA pic.twitter.com/o4JhrJfiHi

FritoLay announced that the installation of these new megachargers is a part of its facility's expansion.

On the other hand, the company said that the new Tesla Semichargers are expected to serve more than 100 units of Tesla Semi electric truck.

According to Drive Tesla Canada's latest report, FritoLay already has a dozen of 62.5-kilowatt ChargePoint stations. These electric chargers can power up some of FritoLay's electric box trucks, including the popular Tesla electric truck. 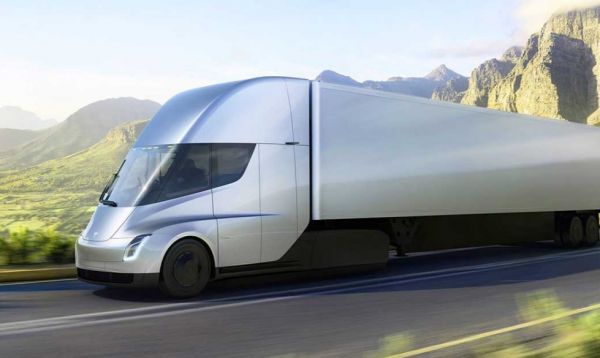 Just realised why looks deceive: It references so much from electric transport culture: The front borrows from the Tesla Semi Truck, the rear wheel covers from the early General Motors EV-1, the solar panels and the square sheet construction in the back from the solar car races. pic.twitter.com/SZOAVYhZA0

On the other hand, the giant company confirmed that its additional Tesla Semichargers will be installed adjacent to the existing chargers. However, FritoLay Incorporated hasn't released any statement regarding the actual numbers of the upcoming megachargers.

Aside from this, the upcoming installation project will also include a Megapack battery storage unit. As of the moment, there's no confirmation yet regarding the physical design of the new Tesla Semichargers.

Although limited information was confirmed, some rumors and speculations claimed that each of the new Semichargers will be able to reach up to 1 MW in power per vehicle.

The new megachargers of FritoLay will be helpful in promoting the use of Tesla Semi truck and other electric car deliveries. Once they are installed, the company will use more Semis, which could help reduce the current rising air pollution.

Aside from the new megachargers for Tesla Semi trucks, Elon Musk, the tech CEO of the giant electric vehicle manufacturer, confirmed that it is looking to make Russia a potential production hub.

According to CNBC's previous report, Elon Musk said on Friday, May 21, that Tesla was close to constructing a presence in Russia.  Furthermore, Tesla is also planning to open some of its factories in the country.

The giant tech CEO added that Tesla already has sites in China and the United States. And now, he is still looking to expand his factories across other countries around the globe.