Steve Wozniak will soon face the courts for a copyright lawsuit due to a technology school venture initially called "Woz Institute of Technology" but was scrapped and did not push through.

The Apple co-founder has since distanced himself from the project after partnering with two individuals for two separate projects, which both flopped miserably. 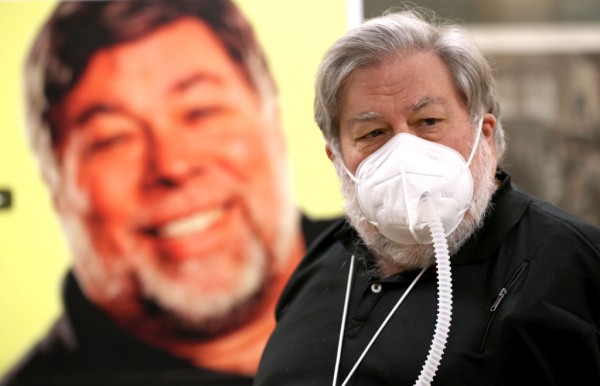 (Photo : Justin Sullivan/Getty Images)
BURLINGAME, CALIFORNIA - JULY 23: Apple co-founder Steve Wozniak wears a protective mask as he stands next to a photo of himself during a press conference on July 23, 2020 in Burlingame, California. Wozniak and 17 other victims are filing a lawsuit against YouTube and Google over their lack of action to address a fraudulent Bitcoin giveaway that used an image of Wozniak to defraud innocent people out of their cryptocurrency.

From the two projects for a tech school, one individual is now seeking at least a million dollars in damages due to his copyright protection from the venture. It is said to have been used in another idea called "Woz U" in 2017. Initially, Wozniak and Ralph Reilly had plans for the Woz Institute of Technology in 2011, which closed with an "on-camera" handshake.

Instead of being board members or chairpersons of what is supposed to be a technology school that would focus on engineering and pushing forth the development of modern gadgets, both parties are square one in court. According to Business Insider, Wozniak is facing the claims of allegedly "stealing" the idea to a tech school despite having the name "Woz" to it.

Reilly, who was supposed to be Wozniak's partner, has now turned into the one who pushes a suit between both sides and aims to get paid for having his idea taken from him.

While Wozniak wants to distance himself from the failed tech institute of learning, he can not go away for now, especially as an appearance is required from him in the coming months.

Despite distancing himself from the project after its initial failure, Wozniak is still tied to it, especially as he signed the document and has an actual website called "Wozniak School of Technology" as the center of the suit.

The two ventures for the school have been brought up in two separate years, with the first in 2011, which involves Reilly with "Woz Institute of Technology," and the next is with "Woz U" in 2017. Both projects did not launch and failed to take off, despite both initially having a partner website intended for it, with Woz U starting as a virtual launch.

Wozniak and Reilly's partnership has taken a turn for the worst, particularly as the co-Apple Founder's decision to distance himself after having signed contracts for it. Initially, Reilly launched a website in 2013 in partnership with a Connecticut-based online school.

The co-Apple Founder has initially claimed that the idea wouldn't have come to him if it was not for Reilly, hence the impending million-dollar copyright lawsuit Wozniak now faces.