Billy Markus Dogecoin CEO: From a Joke to Piss Off Leading Crypto to Making a Legitimate 2021 Blockchain with Elon Musk as a Fan

Billy Markus and Jackson Palmer initially started Dogecoin in 2018 as a "joke" against Bitcoin ($BTC), which is largely known as the most popular and valued cryptocurrency in the world. Dogecoin came from the popular meme of "Doge" the Shiba Inu dog which has been the center of 9GAG, Facebook, Twitter, and Reddit's meme content. 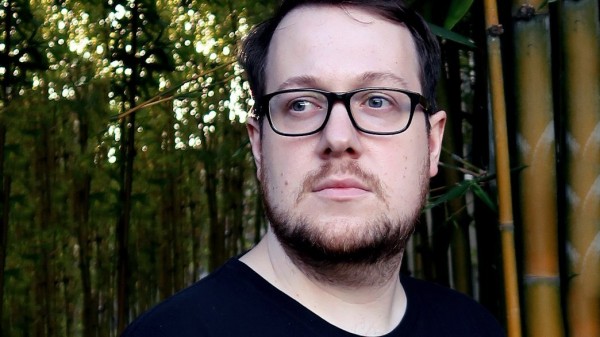 (Photo : Jacob Robinson via Twitter)
Billy Markus is the CEO of Dogecoin, which have started the cryptocurrency in 2018 with Jackson Palmer. The CEO is not developing Dogecoin anymore, only letting it get traded in the market.

Most people have known Doge the meme, and Dogecoin which is currently the top 7 cryptocurrency in the world (as of May 31 via CoinMarketCap), with a $38 billion fully diluted market cap. But little is known of its founder and current CEO, Billy Markus, which is the legitimate "Dogefather," and not the Tesla CEO, Elon Musk.

While Musk has a lot of influence over Dogecoin and its popularity in social media, he is not affiliated with the coin, apart from SpaceX's recent venture of the Doge-1 satellite, paid with the meme cryptocurrency. A lot of people have wondered whether who is the legitimate CEO of Dogecoin is, and it was usually mistaken with Musk, but in reality, it is Markus.

Read Also: Dogecoin Drops to 6th Spot, Replaced by Tether, Cardano in Cryptocurrency Charts-Who Are They?

Billy Markus is a software engineer who is well-adept on memes and making jokes on the internet, and this has been the CEO's foundation in creating Dogecoin, a joke against Bitcoin's initial rising popularity. Back in 2018, Markus had partnered with Jackson Palmer, a fellow engineer, in creating the meme cryptocurrency for the world to see.

Initially, Dogecoin's investments grew, despite not being a legitimate cryptocurrency, and pushing the creators to have it officially traded in different platforms, including that of Reddit's r/WallStreetBets. Several months ago, Dogecoin has joined Bitcoin and Ethereum ($ETH) in the top 3 of the world's cryptocurrency industry, shocking the fans and enthusiasts. Markus and Palmer are no longer developing Dogecoin, and are only letting people trade the cryptocurrency of their volition, all risks included.

Markus: Dogecoin is Expected to Stay in the Market

While Billy Markus is no longer developing the coins, he is still working as Dogecoin's top executive and its daily processes in the market. Markus expects Dogecoin to stay in the market due to the hype it brought, and as it was added by eToro, CoinBase, and other platforms in their list of trades, something that secures Doge's stay in the industry.

The CEO says Dogecoin's community is strong and fortified, with this helping the coin gain its popularity and maintain its valuation which is at $38 billion, despite a dropping a market cap of $0.29 from its almost 40 cents.

See what kind of stuff happens when the community is strong?https://t.co/MRPABPGR2H