Lenovo's next flagship laptop ThinkPad X1 Extreme Generation 4 has been leaked to launch with a stuffed Nvidia RTX 30- series GPUS: 3070 and 3080. On top of that, the laptop would be coming with a 16:10 display, a much taller appearance compared to the previous variants. 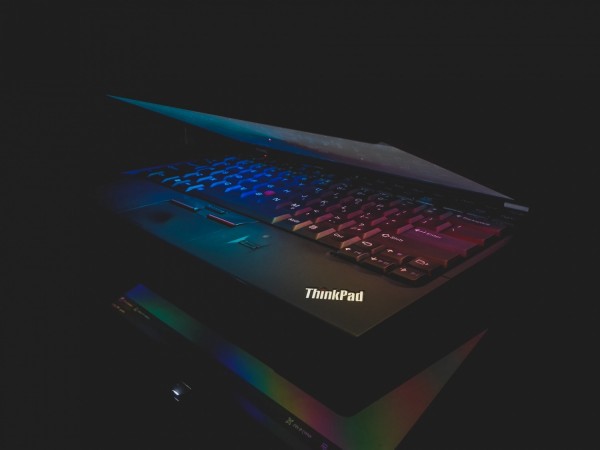 According to Notebookcheck on Thursday, June 3, there was a leaked screenshot about the comparison of the X1 Extreme G4 and the X1 Extreme G3 that was released in 2020. According to the disclosed details spotted by one user, the chassis design of the laptop is notably different from the past model.

In Generation 4, the dimensions of the chassis have been lessened, but this does not mean that the upcoming flagship would be lighter as Lenovo seemed to create it with a "slightly heavier" weight of 1.82 kg, a 0.02 kg difference from last year's product. Somehow, we could surmise that it would proceed with an improved battery capacity this time for its 90 Whr transition from the former 80 Whr.

Moreover, it will also boast a 16:10 display that covers two IPS options: 2.5K and 4K for both touch and non-touch. Additionally, a 10-bit 4K display will come at 600 nits of brightness, and includes 100% DCI-P3 color spaces and complete Adobe RGB. The 2.5K display, meanwhile has 400 nits of brightness that has also the same RGB support but comes at a 60 Hz refresh rate. 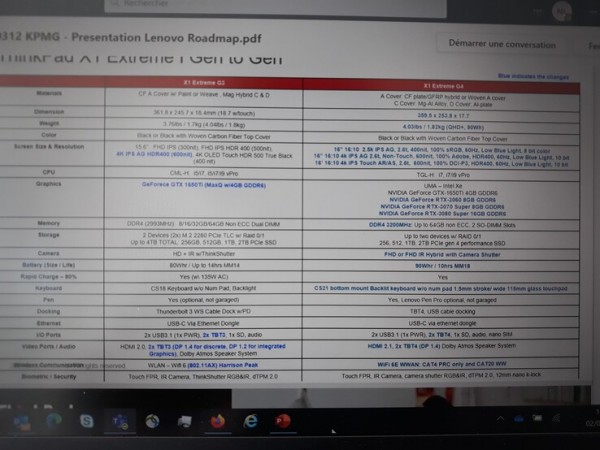 From Techradar, the ThinkPad X1 Extreme Generation 4 could see an addition of the Tiger Lake-H processors that could arrive in i7 and i9 Pro choices. However, the twist of this leak is Lenovo's adoption of Nvidia 30-series GPUs, GeForce RTX 3070, and RTX 3080 Super.

Earlier this year, these graphics cards have already been exposed in numerous leaks but this is the first time that we have witnessed their OEM specs in the screen-grabbed sheets, and include their stock-keeping units.

At the moment, we have no clear idea about RTX 3070 and RTX 3080, but based on the unveiled photos, the X1 Extreme Gen 4 will don a 16G GDDR6 VRAM which is similar to the memory housing the RTX 30-series GPUs. If these two do not make it, it's probably that the RTX 3060 GPU and the GTX 1650 Ti could be the alternatives.

Until we hear something from Nvidia, that's the only time that we could confirm the legitimacy of these GPUs. However, Nvidia did not announce it during Computex 2021.

So far, all we could hope is for the new laptop chips to arrive at a reasonable date. Apart from these, it has a full Thunderbolt 4 connectivity, WiFi 6E, 1.5 mm key travel for the keyboard, and FHD webcam, a 115mm glass touchpad, and the HDMI 2.1-out.

For now, we could wait until the Q3 of this year if Lenovo would divulge its plans about the ThinkPad X1 Extreme Gen 4 laptop.

Related Article: Lenovo's 25th-Anniversary ThinkPad Is Just Like The First One, But With Significant Improvements: Yours For $1,899