"Watch Dogs: Legion" has a new DLC that has just been released and it features the return of two beloved characters in the series.

The new DLC, which is called "Bloodline," and centers its main story around Aiden Pearce from the original "Watch Dogs" game and Wrench from "Watch Dogs 2."

Players can play both as Aiden and Wrench in the game, but the two characters tangle in a less than pleasant way in the story. 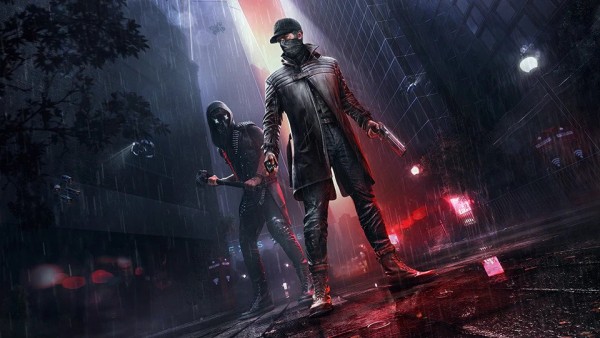 According to the "Watch Dogs: Legion" DLC synopsis posted on the Ubisoft Forums, the story of "Bloodline" begins with Aiden Pearce, who has just accepted a fixer job in London. His mission is to steal a robot-controlling piece of technology from Boca Tech.

A problem arises when Wrench enters the picture and steals the device from him and leaves him at the mercy of Boca Tech. The player must help Aiden Pearce escape from the pursuit of Boca Tech, team up with his estranged nephew, and recover the device from Wrench.

The "Watch Dogs: Legion" DLC is automatically available for those who have purchased the Season Pass, but can also be bought separately in the in-game store. According to Ubisoft, both Aidean Pearce and Wrench can be added to a player's DedSec Resistance team in the main campaign of the base again and in the online mode.

The "Bloodline" DLC will also add new main missions players can go on, as well as Resistance missions for Aiden Pearce and Fixer missions for Wrench.

Both players also come with new abilities, such as a damage buff with a well-timed reload and slow-mo aim after a takedown for Aiden and MPX SMG and LTL grenade launcher for Wrench.

The "Bloodline" DLC comes with the Title Update 5.0 that includes bug fixes and gameplay improvements for "Watch Dogs: Legion."

According to the update posted in the Ubisoft Forums, Title Update 5.0 added Operative mask options to "Watch Dogs: Legion." The setting determines how an Operative wears a mask in the game.

Per a developer comment included in the post, "This has long been a request from both fans and us devs alike, and we are really happy with the additional customization this allows."

Title Update 5.0 also improves the Operative's bio by displaying important recent memories and fixing an issue that causes low priority memories to be displayed too frequently.

The game is playable on multiple platforms such as Microsoft Windows, PlayStation 4, PlayStation 5, Xbox One, Xbox Series X/S, Amazon Luna, and Stadia.

Watch Dogs 2: Cinematic Reveal, Preorder Details And Everything You Need To Know