Indonesia has now surpassed India in terms of the total number of COVID-19 cases, making the country the new COVID epicenter in Asia.

According to various reports, the Asian nation tallied more than 54,000 new COVID cases on Wednesday alone. It is the third straight day of record-breaking daily rise in the number of new cases.

The country recorded 991 deaths on Wednesday as well. 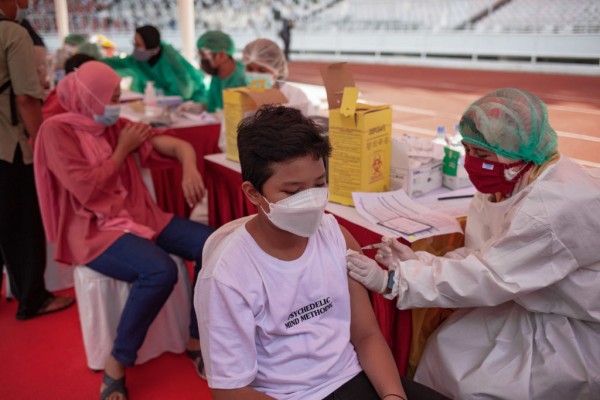 According to Newsweek, the rise in COVID-19 cases in Indonesia has been attributed by Health Minister Budi Gunadi Sadikin to the spread to the Delta variant outside of Java and Bali.

University of Indonesia epidemiology expert Pandu Riono has likewise been quoted in the report, saying that "Emergency social restrictions are still inadequate. They should be twice as stringent since we are facing the Delta variant, which is two times more contagious."

The epidemiologist said that he predicts that the surge in Indonesia COVID cases will continue throughout July.

Related Article: WHO Claims COVID-19 Delta Strain Could Be the Most Dominant! What Vaccine Can Prevent It?

With the recent surge in COVID cases, Indonesia has now surpassed India to become the new epicenter of COVID-19 in the Asian continent.

According to The New York Times, India has seen a decline in its caseload with only around 40,000 daily cases. India's COVID-19 caseload peaked at 414,000 in early May.

In Indonesia, total cases have gone above 2.6 million while recorded deaths have reached beyond 69,000. Among the recent fatalities is the chief scientist of the Sinovac vaccine in the country.

As the COVID crisis began to worsen early this month, Indonesia faced an oxygen outage in its hospitals.

Indonesian Health Minister Budi Gunadi Sadikin also said Tuesday that 90,000 beds in the country have been occupied out of the total of 120,000, according to the Newsweek report.

Java and Bali, which first saw a spread in the Delta variant, were forced into partial lockdowns to try and curb the spread of the virus. Java, in particular, has seen an overflow of patients in its hospitals. The New York Times report says that "hundreds of people have been reported to have died of the virus at home because of a lack of oxygen and as a result of an overwhelmed health care system."

Indonesian Government to Use Moderna Vaccines as Boosters 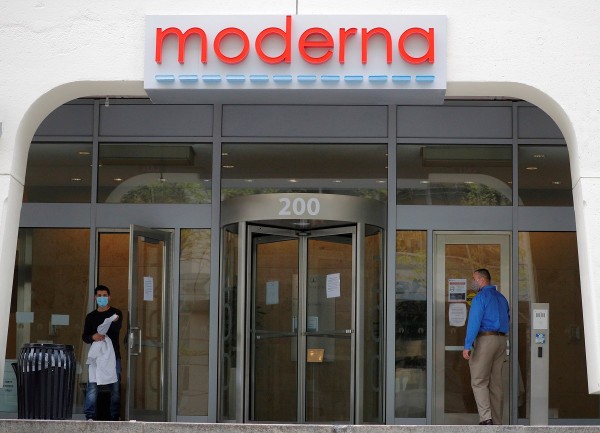 (Photo : REUTERS/Brian Snyder)
FILE PHOTO: A sign marks the headquarters of Moderna Therapeutics, which is developing a vaccine against the coronavirus disease (COVID-19), in Cambridge, Massachusetts, U.S., May 18, 2020.

According to the same New York Times report, the Indonesian government is planning on using Moderna vaccines as booster shots for 1.5 million health workers in the country. The Moderna vaccines are a donation from the United States.

Per the Newsweek report, 15.6 million Indonesians have been fully vaccinated out of the country's total population of 270 million people. The government's goal is to fully vaccinate 181 million of its citizens by March 2022.

Also Read: New COVID-19 Study Shows Why Delta Can Evade Immune System and How It Becomes US Most Dominant Variant

WHO Claims COVID-19 Delta Strain Could Be the Most Dominant! What Vaccine Can Prevent It?

Sinovac Vaccine Chief Scientist in Indonesia Dies, Suspected to be a COVID Fatality