#TechCEO Brian Chesky: The Airbnb Co-Founder Who Started By Renting Out Airbeds in His Apartment

Brian Chesky, as of writing, is currently worth $10.3 billion, according to Forbes. It's no surprise, especially given the huge world-wide success of Airbnb. Running an app that houses room and home rentals has not always been in the cards for Chesky.

In fact, he started off as a designer.

Brian Chesky has always been interested in art since he was young. According to a profile done by the Business Insider, Chesky was an avid artist who liked to draw and would even design Nike sneakers. He would also draw replicas of paintings and design toys.

By the time the last year of the 90s rolled along, he went on to become a student at the Rhode Island School of Design (RISD) where he focused on Industrial Design. He was also the captain of the school's hockey team.

It was also while attending RISD that Chesky met Joe Gabbia, one of the eventual co-founders of Airbnb.

He flew out to Los Angeles to work as an industrial designer, which allowed him to earn $40,000 per year.

By 2007, Brian Chesky left Los Angeles for San Francisco and began sharing an apartment with Joe Gabbia. In October of that year, the Industrial Designers Society of America hosted a conference in the city, which meant that hotels in the area were quickly full.

According to Business Insider, Gabbia pitched the idea of renting their apartment out to the attendees of the conference who could no longer find accommodation in hotels. Chesky agreed and the two went on to buy three airbeds.

Three guests ended up renting those airbeds, making Chesky and Gabbia the first hosts of Airbnb, as the official website puts it. The pair even offered their guests Pop Tarts for breakfast. 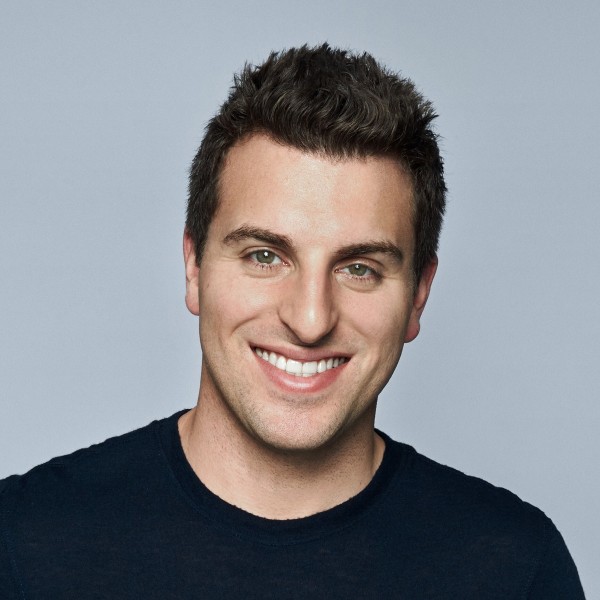 By 2008, things really started to get moving with the arrival of Nathan Blecharczyk, a friend of theirs who is an engineer. Together, the three friends put up a website called Airbedandbreakfast.com whose name was a nod to Chesky and Gabbia's experience renting out airbeds.

Brian Chesky took on the role of CEO in the company, which eventually shortened its name to Airbnb.

Airbnb went on to grow since it was launched in 2008. The Airbnb website notes that the company is now home to four million hosts in more than 200 countries and regions. 800 million guests have since stayed in an Airbnb rental. As a company, Airbnb was named as the top best place to work for in 2016.

As Airbnb CEO, he was named one of the Global Game Changers of 2016, according to his profile on Forbes.

Brian Chesky takes his role as CEO vey seriously and does not publicly refrain from commenting on controversial issues. In 2016, Chesky promised to fight racial discrimination and unconscious bias that may affect users from returning to the platform.

Related Article: Airbnb To Launch New Anti-Discrimination Policies: Will They Be Enough To Protect Renters?

Brian Chesky: The Billionaire Who Will Give His Wealth Away

His Forbes profile also indicates that he placed fourth in the list of America's Richest Entrepreneurs Under 40 in 2016. With a current net worth of $10.3 billion, it probably does not come as a surprise to anyone.

But what some may not know about the billionaire Airbnb CEO is that he has pledged to donate more than half of their wealth. Brian Chesky, along with Joe Gabbia and Nathan Blecharczyk, publicly signed the Giving Pledge, which was started by fellow billionaires Bill and Melinda Gates and Warren Buffett.

As a signatory of the Giving Pledge, Chesky will donate "the net proceeds of his CEO equity compensation to community, philanthropic and charitable causes," according to the Airbnb website.

Airbnb To Launch New Anti-Discrimination Policies: Will They Be Enough To Protect Renters?