Georgia Brings its Wine Industry to Blockchain Through WiV Platform

Georgia's wine-making tradition stretched out to blockchain technology to promote the industry to the world.

According to reports, some of the wines coming from the country can now be bought and sold as non-fungible tokens (NFTs).

The History Behind Georgia's Wine Industry 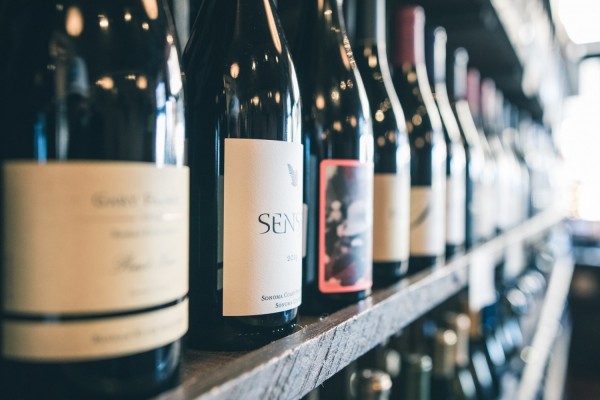 (Photo : Scott Warman from Unsplash)
Georgia takes on the global stage following its wines that make their way to the blockchain through the WiV platform.

The eastern European country might not be that known compared to other nations, which have already established dominance in winemaking.

Now, Georgia is ready to introduce its wines to the global audience.

In 2017, the world's oldest wine was discovered in the ancient jars in the country. It was believed that it was clear proof of Georgia's wine production for over 8,000 years.

Somehow, the nation stuck to the original methods of making wines, such as using kveri or the clay storage vessel. Usually, winemakers utilize wooden barrels when allowing the wine to mature.

So much for that, modern Georgia is a melting pot of nearly 525 varieties of grapes.

In 2019, it had reportedly exported 94 million wine bottles across the world. For that reason, the country is stepping up this time after choosing the WiV platform to introduce wines in the blockchain sector.

To reach more people around the planet, Georgia has come up with the idea of selecting WiV Technology, a blockchain trading platform based in Norway.

The Georgian government confirmed this on Tuesday, July 20, through an email.

Together with their provenance, the non-fungible tokens will be available in the WiV platform. As per the buyers' part, they could now purchase the wine bottles and other products related to wines.

Moreover, the acquisition through NFTs will come with digital certificates to prove that it's a legit item with their place of origin.

The partnership of the Georgian government and WiV will pave the way for the production of high-quality wines. With that, the upcoming wines will borrow standards from the usual Western European wines.

For further promotion, experts said that they would conduct several reviews about Georgian wines, so they could attract more merchants and collectors.

To strengthen its wine-making business, Georgia will make sure that its long-time tradition would be credible for everyone around the world, especially wine enthusiasts.

In the meantime, the NFTs will be cased in the standard ERC-721 format, Bitcoin.com reported. This will ensure that the people will have operational trading of the wines on the WiV site.

What Georgia and WiV Said After the Strategic Partnership?

After the certification for the Georgian wines has been accomplished, Tommy Jensen, the CEO of the WiV platform commented about it.

In an interview with Coindesk, Jensen said that paying for the wines will be the obligation of the wine producers and makers in the blockchain.

He added that this would also give a "great advantage."

The process of trading physical assets more quickly and efficiently as digital representations "works exceptionally well for wine because tokens can confirm the wine's provenance," Salome Zourabichvili, the president of Georgia said in a separate statement.