Snake venom has long been known for being poisonous and even very fatal. It's part of the reason why people avoid snakes and are even terrified of them. A new research discovery, however, has made it possible for snake venom to save lives this time around.

Scientists, bioengineers, and medical practitioners have collaborated to create bioadhesive gel made using snake venom. The research that produced the bioadhesive gel has been published in the Science Advances journal. 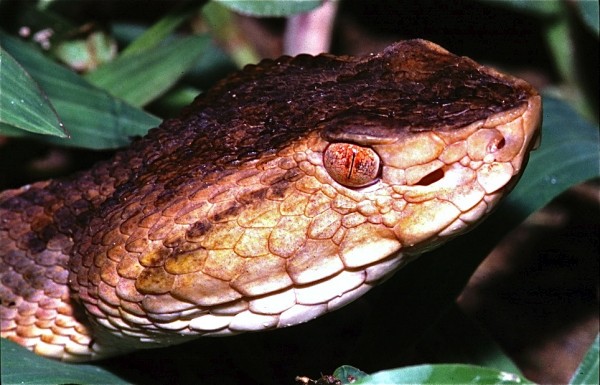 Many people out there are afraid of snakes simply because of the idea that one bite is enough to kill. It might be such an odd concept for many that snake venom can actually save lives instead of ending it, but it has been made possible by the new research discovery.

What many may not know is that lancehead snakes, in particular, have a certain enzyme in its venom. This enzyme is described as "blood clotting" and is called reptilase or batroxobin.

This enzyme has been used by scientists and bioengineers behind the bioadhesive gel that has been referred to as a "super glue."

Related Article: Will bee, snake and scorpion venom be the future of cancer treatments?

Snake Venom-Based Super Glue: How It Was Done

The international research team behind the snake venom-based super glue, which was led by scientists from universities in Canada, was able to use the reptilase or batroxobin to create a body tissue adhesive, according to Canadian news site Western News.

This was done by combining the batroxobin with a modified gelatin. The resulting bioadhesive substance "seals up quickly when exposed to bright light," according to The Optimist Daily.

"During trauma, injury and emergency bleeding, this 'super glue' can be applied by simply squeezing the tube and shining a visible light, such as a laser pointer, over it for a few seconds. Even a smartphone flashlight will do the job," according to Kibret Mequanint, a biochemical engineer who worked on the research discovery, as quoted in the article by Western News.

The snake venom-based super glue is said to be more adhesive than the clinic fibrin glue. The adhesive strength of the new bioadhesive gel is pegged at 10x more, which means that it has better chances of resisting detachment once applied.

The snake-venom based glue is also said to be blood-resistant, allowing the bioadhesive gel to be resistant to washout.

Scientists Use 'Antivenomics' to Develop Universal Anti-Venom for Snakebites

Will bee, snake and scorpion venom be the future of cancer treatments?