Gupshup, the tech startup leading the conversational messaging market, continues to surprise the industry with another huge funding round from high-profile investment firms - this time raising $240 million in its follow-on funding round.

Additionally, former WhatsApp exec Neeraj Arora, who also played a critical role in helping Gupshup sell to Facebook, wrote a significant cheque to the tech startup that has been recently valued at $1.4 billion as of April 2021, a few months after exiting 2020 with an annual revenue run rate of about $150 million. 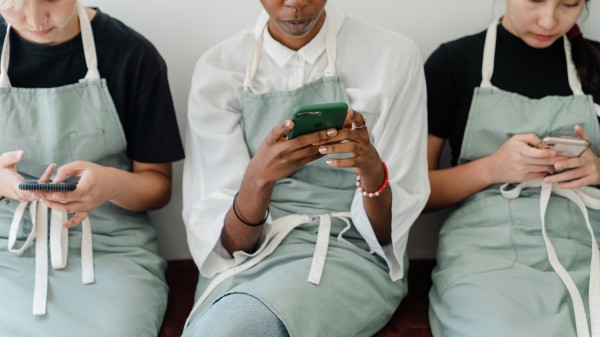 ALSO READ: How to Check if My Facebook Data Have Been Hacked [2021]: 533 Million Accounts Compromised

An Extended Round After Overflowing Support

Beerud Sheth, Gupshup co-founder and chief executive, said in an interview that he organized a follow-on funding round after the company received too many inbound requests from different investors. These firms are expected to boost Gupshup, not only financially but with expertise and insight. He also announced that the funding round has officially closed.

Gupshup is a tech startup that traces its origins back to India fifteen years ago. Today, it operates its conversational messaging tech used by more than a hundred thousand organizations and developers to create their own conversational business experience for their respective users and clients. Sheth adds that the company is looking to explore public markets next year, although he notes that it's still subject to discussion. The tech founder shares how conversations are becoming more and more important in the business setting, seeing a boost as the coronavirus pandemic restricted travels and in-person events. Sheth also notes that while they've always led the conversational messaging market, their unique tech, which they've focused on the last couple of years, has finally worked in their favor.

The latest fundraised in the Series F round included secondary buybacks as previous shareholders sell their stakes in the company. All of these will boost and widen the product offerings of Gupshup, with the company also looking at some M&A opportunities.

When it was first conceived, Gupshup helped connect Indians by sending group messages to friends and families. Its first six years as a tech startup revolved around keeping users in India connected. However, as technology evolved, the company's focus also had to, or it would have risked losses. Its group messaging service relied on subsidizing the messages it moved, planning to insert ads as a means of generating revenue. However, mobile carriers did not allow them to advertise, and they were not able to secure good pricing arrangements, forcing the company to look in another direction.

It then began ventures in other messaging channels, including the development of conversational bots and helping organizations set up their WhatsApp channels for improved engagement and customer experience, growing into one of the most widely-used conversational messaging platforms today.