BLACKPINK Island To Debut on ‘Animal Crossing: New Horizons’—How to Access it 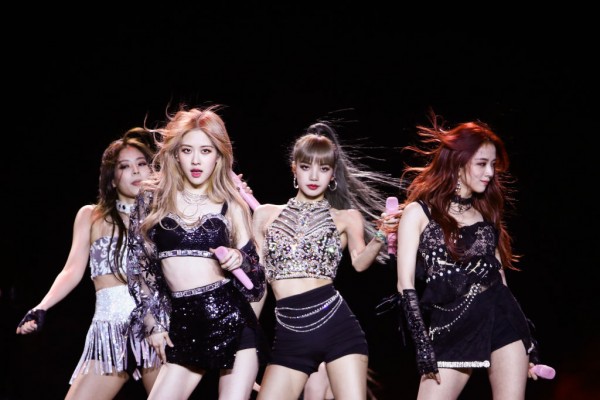 (Photo : by Rich Fury/Getty Images for Coachella)
INDIO, CALIFORNIA - APRIL 19: Blackpink perform at the Sahara Tent during the 2019 Coachella Valley Music And Arts Festival on April 19, 2019 in Indio, California.

The very own island of BLACKPINK on the critically acclaimed game title "Animal Crossing" is releasing on Aug. 6 as the girl group celebrates "How You Like That," the fifth-anniversary event, on Aug. 8.

BLACKPINK has been breaking the internet in the past year after being heralded as the most viewed video on Youtube, which dethroned BTS, the former titleholder on the video-sharing platform.

On top of that, it is also worth noting that the "How You Like That" by BLACKPINK was able to climb up the music chart of Spotify even on its second day of release, sitting on the number 2 spot.

In a few more days, BLACKPINK is getting a whole island filled in pink color, the signature hue that the girl group exhibits.

The 30-second teaser posted by the YG Entertainment Twitter account provided a sneak peek of what to expect from the custom island on "Animal Crossing," showing a DJ booth in the color pink, alongside a merch stand and BLACKPINK-themed outfits.

ConsequenceSound further observed that the BLACKPINK Island is home to fields of pink flowers, virtual recreation of the outfits of the group, and even a coffee shop flaunting the logo of the quartet.

As per DigitalMusicNews, the "Animal Crossing" custom island is also meant to promote the upcoming movie of the K-pop girl group, which will be available in theaters worldwide starting Aug. 4.

The BLACKPINK the Movie follows the journey of the quartet as they rise to fame with an impressive fan base. The film is narrated by the members of the group through an exclusive interview, including Jennie, the main rapper; Lisa, the main dancer; Rose, the main vocals, and Jisoo, the lead vocalist.

BLACKPINK began its journey as a K-pop group in 2016 with its single album, Square One.

Meanwhile, the quartet released their debut studio album, The Album, in 2020.

Read Also: Sorry iPhone Users, Blackpink Will Not Take Pictures With You; Here's Why

Although the BLACKPINK island has yet to be released, here is how to access it once it finally unveils on the Nintendo Switch exclusive game.

It is to note that as the custom island is likely to draw numerous fans of the K-pop group into it, its access is possibly via the Dream Suite.

ⓒ 2021 TECHTIMES.com All rights reserved. Do not reproduce without permission.
Tags: Blackpink BlackPink Island Animal Crossing Animal Crossing: New Horizon How to Access it
Most Popular