We've seen NFTs these days come in different forms, colors, and so much more. We've seen sports personalities, actors, and even fashion labels dip their toes into the NFT market.

The most common form of NFTs, however, remains to be digital art and there has been a variety of that in the market. There have been zombie NFTs, whale NFTs, cat NFTs, and many more.

Have you ever thought, though, that you'd see rock NFTs? Believe it or not, they do exist.

NFT rocks called EtherRock are now up for sale and people are paying as much as six-figure amounts to have one. 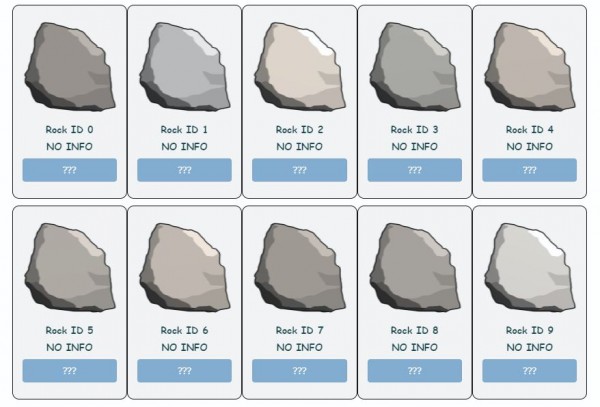 EtherRock was first launched in 2017 on the Ethereum blockchain as one of the first NFT collections made available. These NFT rocks do not serve any purpose at all. They can simply be bought and sold by their owners.

According to the EtherRock website, "only 100 rocks can ever be available, and each new virgin rock gets more and more expensive."

As of writing, all "virgin rocks" have been sold. Non-virgin rocks are available for purchase on the EtherRock website.

How Much Does EtherRock Cost?

According to a report by Gizmodo, a tweet by crypto personality Gary Vaynerchuk caused the prices of EtherRock NFTs to increase after calling the collection as one of the projects to keep an eye on.

What is an NFT?

NFTs, otherwise known as non-fungible tokens, are anything digital that are considered unique in value and cannot be exchanged for something with an equal value as well.

NFTs are similar to cryptocurrency in a sense that they both operate on a blockchain. An example of which is the previously mentioned Ethereum blockchain, which can support NFTs. Both cryptocurrency and NFT also have unstable volatility.

The NFT rocks are an example of digital art NFTs, which is considered the most common kind of NFTs in the market today.

Another example of a digital art NFT is the Weird Whales NFT collection, which features NFTs inspired by an 8-bit stock photo of a blue whale. The whale-inspired NFTs were created by 12-year-old Benyamin Ahmed, who earned more that $160,000 from his NFT collection.

CryptoPunks are another example of digital art NFTs that were released in 2017 on the Ethereum blockchain. CryptoPunks come in different kinds, including alien punks, zombie punks, and human punks.

Also Read: Rare CryptoPunk NFT Listed for $90.5 Million - About to be Biggest Sale Ever?

Rare CryptoPunk NFT Listed for $90.5 Million — About to be Biggest Sale Ever?

NFT: How to Create and Sell Designs