MSI, one of the leading manufacturers of high-end gaming accessories, has recently unveiled MEG X570S Ace Max, its newest motherboard. The new product is said to be a well-rounded motherboard with surprising capabilities.

Some of its new features are the following: Intel Wi-Fi 6E support and 18-phase power delivery, which features 90 A power stages. 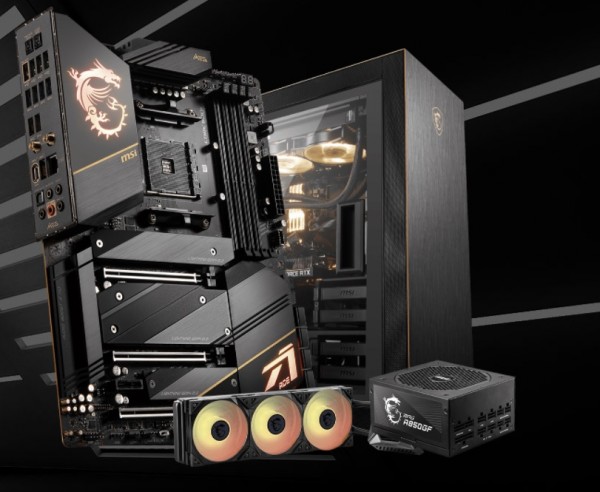 According to a report by Anandtech on Wednesday, Aug. 18, its magnificent design features an all-black appearance accentuated by a touch of gold. Some areas are reportedly RGB-lit.

For the storage of the Ace Max motherboard, it would boost its SATA drive support along with RAID supports for eight SATA ports (0, 1, and 10 arrays).

Moreover, it looks forward to improving its M.2 storage thanks to its M.2 Xpander-Z Gen4 S M.2 PCIe 4.0 addon card.

When it comes to memory, the DDR4-5300 will help stabilize the motherboard due to its 128 GB memory space.

There is also a dedicated cooling fan for its CPU, together with six chassis fans, and support for a single water pump through its eight 4-pin headers.

The MSI MEG X570S Ace Max will be a more dominant motherboard compared to its predecessor, X570 Ace, in terms of power delivery.

For those who are wondering about the i/o features of the new Ace Max motherboard, here are they:

At the moment, there is no official price yet for the new MSI motherboard. According to the report, it is expected to arrive in the next few months.

Besides the approaching Ace Max motherboard, MSI has released another product called the EK-Quantum MSI MPG X570S CARBON EK X, as per Tweaktown.

For the best experience, the company decided to go with black color for its design. The motherboard will also sport an RGB-led strip.

Besides the above-mentioned feature, it also includes a $40 EK-Leak tester which was already included with the motherboard.

In April, a new AMD X570 Motherboard was seen With Ryzen 7 5700G APU. At that time, it was believed that the chipmaker was now on its way to producing more Cezanne APUs.

In May, another company, Kingston, disclosed details about its DDR5 Kits. According to the company, the overclocking fans would enjoy it since it would be much faster compared to the previous kits.