Rec Room, the online VR platform with its built-in game creation system, has launched on the Google Play Store - making it available to millions of Android devices worldwide.

The launch earlier this month follows the game developer's commitment to bring the immense user-generated gaming platform to more users. In addition to Android users who can now enjoy Rec Room, the online VR game is already available for PlayStation 4, PlayStation 5, Xbox Series X, Xbox One, PC via Steam, and iOS. Additionally, Rec Room is also available on Oculus Quest and is accessible to all VR headsets. 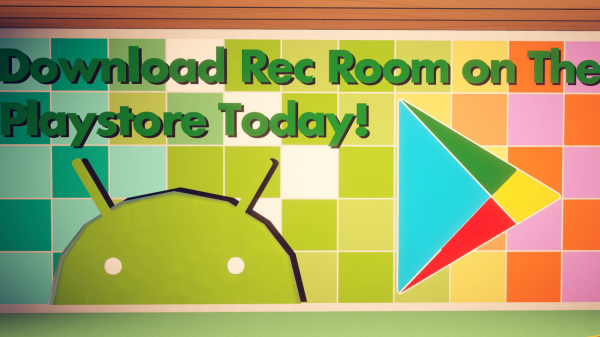 A Year of Growth Over Growth for Rec Room

The Android release - now available on Google Play Store - is the latest milestone for Rec Room, which has dominated the year 2021 with its left and right record-breaking achievements. Rec Room recently emerged as one of the VR social platforms with the highest recorded traffic: posting a 500 percent user activity growth from 2020. This translates to over 15 million lifetimes of Rec Room players and over 1 million active monthly players on VR.

Since it launched the game for iOS back in 2018, Rec Room has seen a 600 percent increase year over year (YOY) for iOS downloads - making it their top-performing platform, surpassing even consoles and PC via Steam. It has grown more than sevenfold compared to the previous year. And with Android now added to the list of available platforms, the Rec Room community is looking forward to welcoming Android users - a community of device users who spent a staggering 3.5 million minutes on their devices, and that's just for 2020.

Furthermore, this outstanding growth across various platforms comes at the heels of a successful funding round where Rec Room secured a $1.25B valuation. With the boost from the recent funding round, Rec Room is definitely poised for further growth, rolling out games and incentives for its players.

Rec Room has previously announced its plans to pay out up to $1 million through its Creator Compensation program. Now, creators can exchange their tokens for real money. Within the platform, creators can earn in-game tokens by selling Premium Inventions and Keys through their Rec Room Plus membership. Eligible accounts, such as fully verified accounts with no restrictions, can start selling tokens, currently at $400 for 1 million tokens, redeemable once a month. Players are also invited to the platform's first-ever sales contest, where the best-selling creator gets four million tokens plus rewards.

Rec Room is a virtual reality (VR) online video game with an integrated creation system, created by Rec Room Inc. Marketed as "the best place to build and play games together," the game allows players to create and join player-created players rooms using their customizable avatar.

One of the game's signature features is the Maker Pen, which Rec Room creators use to build most of the game's user-generated features - from items to rooms to game elements.

RELATED ARTICLE: Show them with your actions instead of words, says Jacob Judah

Show them with your actions instead of words, says Jacob Judah