Apple is facing an investigation by the National Labor Relations Board after two of its employees accused the company of retaliation after they spoke out about their working conditions.

The two employees, both female, have filed complaints against the company. One employee had experiences of sexism, and the other had voiced out concerns over pay equity.

Apple has declined to comment on the details of the two complaints of its employees. 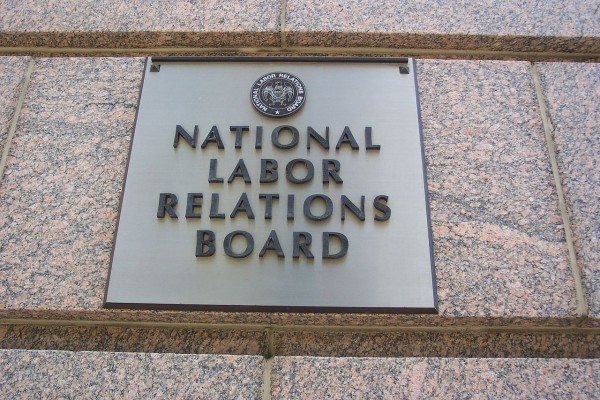 Apple is facing an investigation by the National Labor Relations Board over allegations of retaliation against two employees who previously spoke out about the working conditions in the company.

According to a report by Gizmodo, documents released under the Freedom of Information Act have shown acts of reprisal against employee Ashley Gjovik. Gjovik made headlines last month when Apple placed her on indefinite leave following her sexism allegations.

Per the Gizmodo report, Apple "had placed her on administrative leave, reassigned her position, and reduced the scope of her responsibilities in violation of employee rights after she'd been vocal about issues at the company."

Gjovik believes that these acts are meant to discourage fellow employees from speaking out about their workplace conditions.

In addition, Apple has also been accused of subjecting Gjovik to unsafe, hostile working conditions and ignoring acts of harassment done by a manager.

Second Employee Has Filed a Complaint

A second employee named Cher Scarlett, who is also an engineer at Apple, filed a second complaint against her employer.

Scarlett has alleged that her attempts to start a Slack channel to discuss pay equity has been rebuffed by Apple. According to the Gizmodo report, Apple has deemed the topic as not related to work.

She also alleged that the tech giant has hindered a pay transparency survey that employees were trying to conduct despite 2,300 employees taking part.

In a tweet Scarlett posted on Twitter, as cited in a report by Mashable, she had posted evidence of harassment she received from her co-workers due to her concerns about pay equity.

I can't stress enough how exhausting and deflating it is to read this kind of vitriol.

You can shout into the void how awful you think I am. Talk with your like-minded friends and colleagues. But please stop talking about me where I'm going to see it, especially directly to me. pic.twitter.com/J0N3WEJM35

According to a report by Reuters, Apple has declined to discuss the specifics of the complaints of their employees. The company said instead that they "take all concerns seriously and we thoroughly investigate whenever a concern is raised."

In 2016, leaked Apple emails have shown a toxic and sexist working environment in the company. That same years, a couple of employees were fired for taking pictures of female customers.

A petition that asked for his hiring to be investigated circulated and he eventually left the company.

The initial version of this article mentioned that two female employees had spoken out against sexual harassment in the company.

Ashley Gjovik had sexism concerns. On the other hand, it was confirmed in a tweet by Cher Scarlett that she had concerns about pay equity and not sexual harassment.