OnePlus Nord 2 5G exploded again for the second time. In this instance, the smartphone burst into flames inside its user's pocket, injuring the victim. 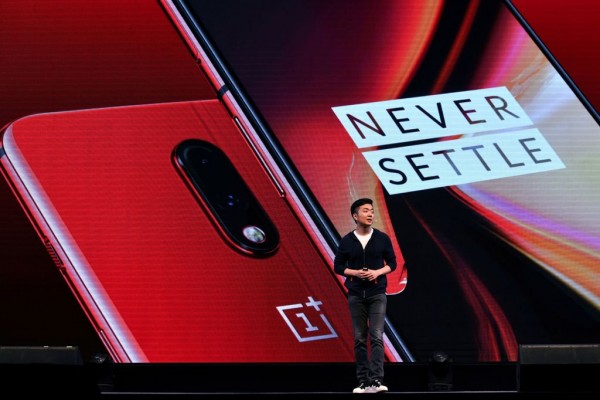 (Photo : by MANJUNATH KIRAN/AFP via Getty Images)
Co-founder and director of the Chinese smartphone maker OnePlus, Carl Pei gestures as he speaks on stage during the launch of their latest OnePlus 7 and the OnePlus 7 Pro during its launch in Bangalore on May 14, 2019. - The OnePlus 7 series was simultanesously launched globally from three different countries India, US, and Europe.

As per PhoneArena, this is not the first time that OnePlus was accused of exploding Nord 2 phones.

The first incident was on Aug. 1, wherein a 5-day old OnePlus Nord allegedly exploded inside the owner's handbag as she was riding a bike.

The smartphone was a gift that the victim gave to her husband. However, it only reportedly exploded when she decided to bring it along with her as she strolled outside.

As such, the explosion knocked out Ankur Sharma from her bike, injuring her.

Meanwhile, another user named Shubham Srivastava posted on Twitter that his OnePlus Nord 2 was also caught in flames and exploded.

It is worth noting that both incidents are from India.

The Chinese phone maker ruled out the first incident as an isolated incident caused by internal factors, noting that it is not a manufacturing issue.

Meanwhile, OnePlus questioned the veracity of the second incident, claiming that it was a false accusation.

According to GizmoChina, another OnePlus Nord 2 exploded in the same country where previous incidents occurred.

The Indian lawyer claimed that his mid-range smartphone was inside his pocket when it started burning and ended up exploding.

The attorney narrated that the Nord 2 was sitting idly in the pocket of his black robe. Then, he suddenly felt something heating up inside his pocket.

As such, Gaurav Gulati reacted to the unusual heat by throwing his robe away from him. He then saw smoke coming from his smartphone. Then, the Nord 2 started burning, and later on exploding inside the court chamber.

Gulati further claimed that the device still has a 90% battery charge as he did not use the smartphone before the explosion occurred.

#Blast & #Fire in my brand new #oneplusnord25g.@OnePlus_IN Today morning while i was in my office ( Court Chamber) @OnePlusNord2_ @oneplus @OnePlus_USA pic.twitter.com/TwNKNmnhzo

In response, OnePlus has already contacted Gulati after he posted the incident on Twitter. The Chinese phone maker is asking for the lawyer to send his device to them for investigation.

However, Gulati seems to be following a different route. The lawyer has already submitted his Nord 2 to the police, alongside a formal complaint directed at the Indian division of OnePlus.

What's more, the victim also sent a complaint to the consumer court of the country that seeks to block OnePlus from selling the device in the South Asian country.

OnePlus has also issued a formal statement, noting that they are already verifying if the recent explosion turns out to be legit.

However, the Chinese tech giant further revealed that the victim "denied us the opportunity to perform a proper diagnosis."

As such, the phone maker concluded that it would be impossible to verify the claim of Gulati.