Old gadgets could still function even after more than a decade since their release. 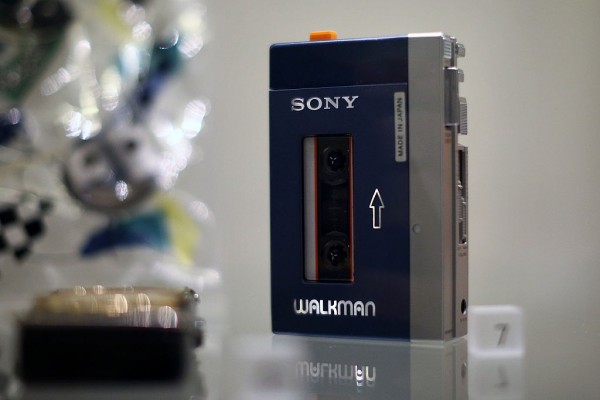 (Photo : by Carl Court/Getty Images)
LONDON, ENGLAND - NOVEMBER 02: A 1980 Sony Walkman 'Stowaway TPS-L2' is pictured during a press preview for the Victoria and Albert Museum's new Toshiba Gallery of Japanese Art on November 2, 2015 in London, England. The gallery will officially open on November 4 and features items including a Hello Kitty! rice cooker, toaster and kettle and the first ever portable Sony Walkman.

As such, some people are still using these obsolete devices despite the existence of shinier and newer gadgets on the market, according to Bored Panda.

And these folks are even proud to be using some of their old tech, which some have neglected in favor of modern and flashy devices.

It is worth noting that technology in the present day is more susceptible to a shorter lifespan due to reliance on software updates. On the other hand, older gadgets could last a lifetime as long as they are not yet broken.

As such, smart refrigerators and even TVs last shorter than their older sibling as the former are required to have updated software, as per BBC.

That said, there are tons of people that still use aging gadgets--some dating back to the 60s. And here are some of them:

A Twitter user that goes by the name Deborah Krueger Diabetic Chef Eating Keto shared that they is still using a microwave oven, which was released in the 70s.

I still have my 1978 Sharp Microwave Carousel Convection Oven with its original bulb that I use multiple times daily. Will this one survive restaurant use daily and for 43 years? If it does, talk to me then. https://t.co/cCTXsjtZFf pic.twitter.com/F7ysYkdary

The user further noted that the Sharp Carousel even sports its original lightbulb.

Meanwhile, this old gadget has been modified to catch up with the modern television features of today, such as the colored display and web browsing capability. 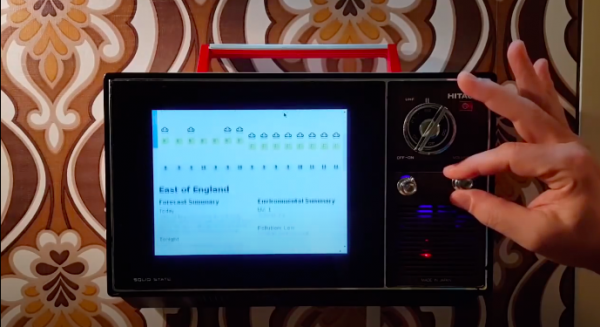 (Photo : screenshot from Martin Mander YouTube ) Here are the top 10 oldest function gadgets that some people still use today.

On top of that, it is not surprising to see a Sony Walkman or its close rival the Apple iPod still running today.

However, it is quite rare to encounter people actually using the the-then portable music player over streaming services.

The Walkman and the iPod were the go-to devices to listen to music on the go. At least back when music streaming services like Spotify and Apple Music were not yet a thing.

Another Twitter user called Lord Destiny shared his old gaming console, which was way back in the 80s, noting that it is still working. Lord Destiny even shared a photo of the box of the Atari VCS/2600 in good condition with its colors unfaded through time.

My oldest one is the Atari VCS/2600. About 40 years old and still working😎👌 pic.twitter.com/QWxtm814sO

Just like the iPods and Walkmans, several users still use their aging gaming console from Nintendo.

The older Nintendo Entertainment System or the NES, which launched in the early 80s is home to iconic games, namely the "Super Mario Bros.," and the "The Legend of Zelda."

Meanwhile, the Nintendo Game Boy, which was the handheld console of the game Japanese firm, also carried popular titles, such as "Tetris," and "Super Mario Land"

Related Article: How To Use iPhone Quick Start? This Feature Makes Data Transfer From Old To New Apple Smartphone Easier