Coinbase’s NFT Marketplace to Allow Users to Sell and Mint—How to Have Early Access?

Coinbase's NFT marketplace will soon allow its users to both mint and sell their digital assets. As such, the crypto exchange platform has opened the waitlist registration to have early access to the upcoming platform. 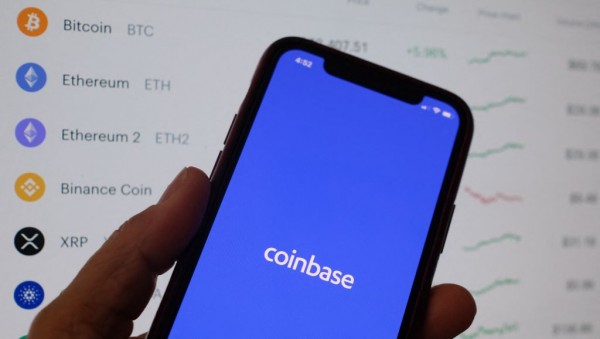 (Photo : by CHRIS DELMAS/AFP via Getty Images)
This illustration photo shows the Coinbase logo on a smartphone in Los Angeles on April 13, 2021. - The arrival April 13, 2021, of cryptocurrency exchange Coinbase on Nasdaq is one of the most anticipated events of the year on Wall Street, where enthusiasm for record-breaking bitcoin is in full swing, despite questions about the sustainability of the market.

Last Monday, Oct. 11, the crypto exchange firm announced its plans to create a platform where its users could trade, sell, and mint their NFTs or non-fungible tokens.

NFTs have been among the biggest crazes of 2021, allowing its owners to have online ownership of all sorts of digital stuff, such as pixel artwork, sports trading cards, and even iconic memes.

According to CNBC, what sets NFTs apart from the likes of Ethereum or Bitcoin is that it is fungible, as the name suggests. It means that its owners could not trade one for another NFT, unlike cryptos.

To prove the scale of the NFT trend, DappRadar reported that the overall NFT market transaction volume just for the third quarter of 2021 has already ballooned to a whopping $10 billion.

The vice president of product at Coinbase, Sanchan Saxena, went on to say that the upcoming platform plans to help millions of people to access NFTs "in an easy and trusted way"--similar to what they did with Bitcoin and other cryptos.

As per The Verge, the new platform of Coinbase seems to capitalize on the engagement of its users as the firm invites its users to "curate your personal feed" with the NFTs that they own.

The idea behind the profile filled with NFTs is for their users to connect with other folks that have a similar interest with them, which could include punks, apes, whales, and virtually anything that could be made as a digital asset.

The Coinbase NFT platform will initially exclusively support "Ethereum based ERC-721 and ER-1155 standards." As such, the entire NFT collection in the marketplace will be on-chain.

Nevertheless, Coinbase further noted that the platform would soon extend its support to multi-chain.

Other top crypto exchange platforms which rival Coinbase, such as FTX and Binance, have already launched their own NFT marketplace, according to CoinTelegraph.

The largest crypto trading firm in the world, Binance, joined the NFT craze way back in June through its marketplace that seeks to lower the transaction cost of the fungible digital asset.

On the other hand, the FTX in the United States similarly unveiled its NFT marketplace last Monday, Oct. 11, allowing its users to trade the digital asset in both Solana and Ethereum blockchains.

The newest offering of Coinbase, which is similar to top NFT marketplaces, namely OpenSea and Rarible, opened its waitlist for early access on Oct. 12.

To join the waitlist of Coinbase NFT, enter this website.