On the morning of Friday, Janurary 7th, my collegue and I were privy to a special tour into Procter and Gamble's LifeLab, a metaverse-like attraction that employs most of the company's biggest brands in cordoned-off spaces all meshed under one digital roof.

We were initially introduced to the game-like character creator section, where visitors are tasked with modeling their user avatar that traverses the entire online exhibit. Much like any game creator screen, it features a ton of variety, allowing users to create a serviceable image either of themselves or of whatever they may deem best represents who they are.

The controls for the LifeLab are utilized via keyboard and mouse input, but as per answer to my question of using a regular controller, say an Xbox Elite, our engineer who controlled the avatar on the tour stated that such a device could work, but there isn't a definitive list just yet.

The very first stop on our trip was the Beauty Sphere, which had a tranquil vibe to it, looking much like a solarpunk style world, with fauna covering the glass structures from head to toe. This is where entrants can experience a variety of P&G initiatives under the Responsible Beauty campaign, including sustainability, equality, and more. 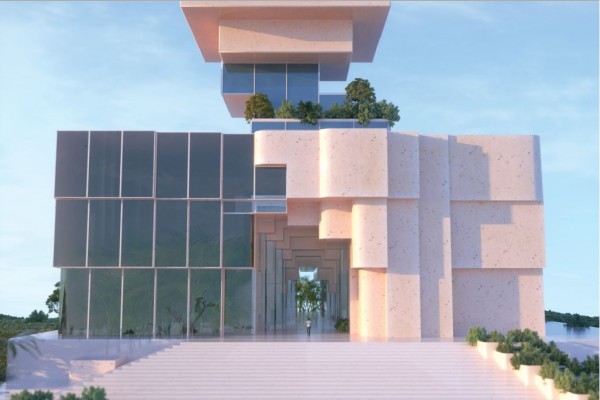 The Beauty Sphere is also where visitors can see the Royal Botanical Gardens of Kew, the 500 acre mycological collection in southwest London, the world's largest seed conservation project. To say it's a sight for sore eyes, even digitizied, is an understatement.

The P&G-owned Gilette had its own portal to a universe all its own, wherein entrants where welcomed by a digital musuem of sorts, which showcased not only the history of the razor blade company, but alongside it Bugatti's, as well. This part of the tour was in focus of Gillette and Bugatti's heated razer, a limited edition blue-hued piece of hardware that combines the sleek contours of the car company's chic in tandem with the technoligical innovation and beard-trimming knowhow of Gillette.

This Gillette section also allowed purveyors to get close-ups of the items on display, which came apart quite serenly, showcasing the innovation and value behind the products under P&G. There was also a gamification of the Gillette/Bugatti design, with users riding a virtual surfboard across a track devoted to showcasing how the razor aids in deliivering "a superior shave" by literally destorying every obstacle in its path.

It wasn't the only area in the P&G LifeLab that featured a game, of sorts, as the Oral-B and Crest universe had a "Attack of the Cavity Creeps." This was arguably among the most interesting applications shown amid the tour, as it not only highlights how companies can aid in entertaining and teaching their consumers about their products' necessities, in this case being oral care, but also utilize it in a non-invasive way. 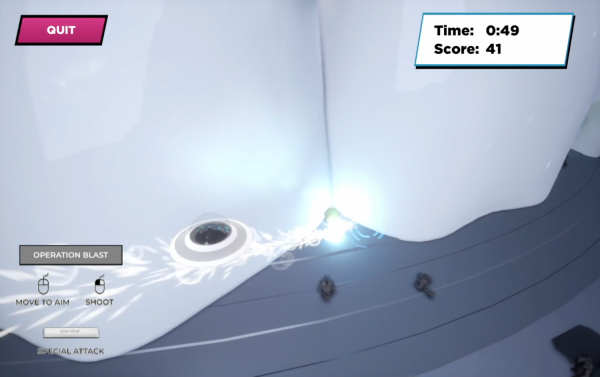 The "Attack of the Cavity Creeps" is a rather quick and simple shoot-em-up experience, with the player tending to a lazer gun that shoots invaders of Toothopolis. Our guide, Anabelle Bacon, explained how this game experience would continue to be utilized beyond the LifeLab. Oral-B and Crest will attempt to bring smart decision making solutions to children and young adults through gamifying lessons, like oral care.

We didn't get to visit all of the many various universes tucked into P&G's LifeLab, as our tour only lasted 30 minutes, thus proving of how expansive it truly is and how rewarding it can be in the long term. Utilizing such digital spaces as this will be crucial for technoligical innovation going well into the future, especially given this "new normal" era, wherein online meetings and work from home is slowly becoming commonplace.

At CES 2022, the metaverse as a concept was arguably the show's driving enigma and startegem for most of the showcases. From Hyundai and Qualcomm to Panasonic and LG, metaverse applications were at the forefront of vairos companies' endeavors as this yet still unknown digital place evolves into reality.

P&G's LifeLab will only remain until the 13th of January, but Oral-B's Cavity Creeps game will live on via their website. Despite surmounting server costs and maintenance woes, the LifeLab is one interesting concept that can see a ton of potential if utilzied in the right way.

ⓒ 2021 TECHTIMES.com All rights reserved. Do not reproduce without permission.
Tags: ces 2022 P&G Procter and Gamble Metaverse lifelabs
Most Popular