'Call of Duty: Modern Warfare' Easter Eggs Plus Tips on How to Play Like a Pro

Although it was gone for a while, the Call of Duty: Modern Warfare series is back on PS4, PC, and Xbox One—it's now better than ever with the fantastic campaign, its co-op play mode, and its well-loved multiplayer mode with new maps and modes, plus it's even dubbed as the best-reviewed game of the series so far.

In an interview with Express, YouTuber Braderz is sharing tips that could bring your multiplayer gaming to the next level. 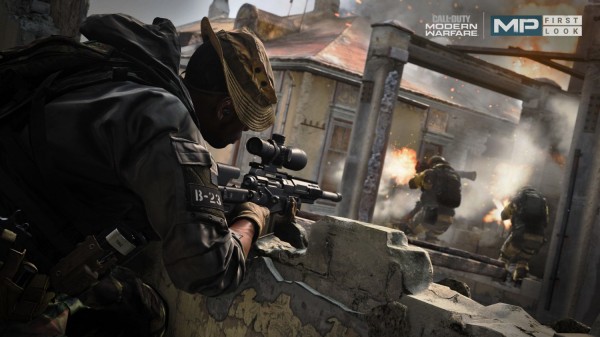 (Photo : Call of Duty/Facebook)
Call of Duty: Modern Warfare is the newest in the beloved Activision and Infinity Ward series.

If you've been a long-time fan of Call of Duty, you'll know about the Sprint, which allows you to go around the map faster and take down enemies quicker or escape to a safer zone.

In Modern Warfare, there's something known as "Super Sprint" that allows you to sprint faster. Simply tap the sprint twice, and you'll be running at super speeds around the map.

Using the Gunsmith is the best way to get the weapon that you like—it doesn't necessarily provide you with a new gun when you need one, but you can modify the existing weapons that you think will play to your advantages well.

Next, equipping the "Specialist" perks replaces the killstreaks with perks, which means if you reach a certain number of kills with only a single life, you can get another.

Lastly, this tip is known as the "Defcon Nuke" and a sneaky way to win the Domination mode with five flags. Once you have captured all the flags, you can instantly end the game by holding five flags for a long time until a Defcon Nuke goes off.

WhatCulture also has several tips up their sleeves, including a special kill animation that you can watch. You need to hold the melee button to activate the animation, or that you can use helicopter blades to deal damage or kill enemies.

Besides these new tips and tricks, Activision has also hidden an Easter egg on Call of Duty: Modern Warfare that Polygon has discovered, such as the "Actibase" console that is hidden in the ruins of London's electronics store.

Some players have also discovered a Tactical Insertion glitch, but Infinity Ward has already responded to it and said they would fix it soon.