Patch 1.05 for Call of Duty: Modern Warfare is now live for all platforms, including PC, PS4, and Xbox One for the first full weekend of the game.

Depending on where you're playing Modern Warfare, patch 1.05 will have different sizes: for PC, it's a whopping 8GB download, while it's smaller on consoles with 2.4GB on PS4, and then 3.02GB on Xbox. 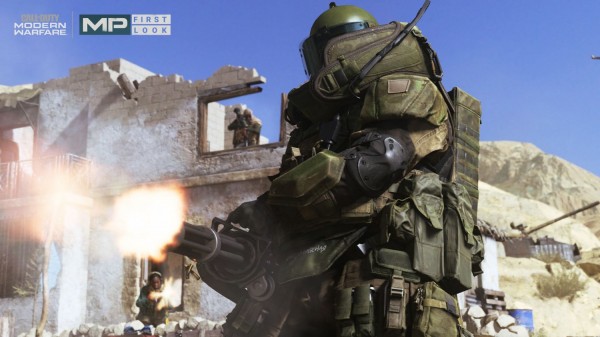 According to WCCFTech, the patch is for minor changes only. It aims to improve the stability of the game across all platforms, plus the patch has also fixed several bugs, including fixing the Special Ops Achievement that doesn't unlock even after completing all the missions.

Based on Infinity Ward's patch notes, the "3rd person footsteps are now silent while the Dead Silence Field Upgrade is active."

Additionally, there are some adjustments when it comes to hill rotations on several locations, including Azhir Cave, Arklov Peak, Rammaza, Hackney Yard, and St. Pertrograd.

However, it appears that the patch notes do not mention or did not fix the stuttering that some players have reported while brief cut-scenes were playing.

This patch became active following the end of the double XP promotion that Call of Duty: Modern Warfare had until yesterday, Oct. 28.

Although the promotion ended, Infinity Ward reveals that they are working on more promotions and events for Modern Warfare in the future based on the feedback and thoughts of the players, according to a report by Express.

Since the download size for the new patch is massive, some people, including Erik Kain of Forbes, believe that there's more to it than merely fixing bugs and that they are hoping to get a full patch note from the developers to know the in-depth changes done to the game.

ALSO READ: 'Call of Duty: Modern Warfare' Easter Eggs Plus Tips on How to Play Like a Pro

There may be new content that came with the patch, but fans around the world are yet to find out the full extent of patch 1.05's inclusions.

As of now, the full patch note hasn't been released yet, but Infinity Ward has noted a few things regarding the latest update, and it is available on the game's Reddit.

Call of Duty: Modern Warfare was just recently launched for PC, PS4, and Xbox One on Oct. 25, and the newest addition to the well-loved FPS series, Modern Warfare. Infinity Ward develops it and published by Activision.

Meanwhile, a mobile-based Call of Duty title has also been released for both Android and iOS devices.