Justice League stars have teamed up with the rest of the internet to show their support for director Zack Snyder, wishing for the release of the Snyder Cut version of the 2017 superhero film as it celebrates its second anniversary.

According to GamesRadar, there have been over 500,000 tweets sent with the same hashtag.

But what exactly is the Snyder Cut?

Back when the film was still in development in May 2017, Snyder was asked to direct Justice League, which was set to be released that November.

Unfortunately, Snyder's daughter, Autumn, passed away from suicide, and so he decided to step back from work to be with his family, and with that, Warner Bros. decided to bring in Joss Whedon to pick up the work.

Based on a report by Esquire, it appears that Whedon re-shot 15 to 20 percent of the film, and both the directors' styles clashed into each other--making the movie a mess of explosions, brooding Affleck, and seemingly misplaced comedic relief. 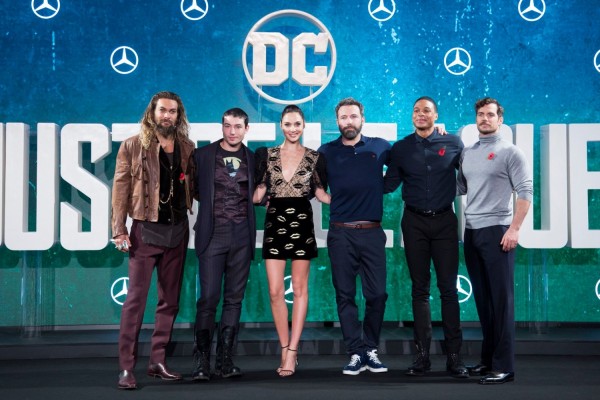 After all, Snyder was well known for his directorial work on the movie 300, while Whedon was best known for working on the first two Avengers film.

In the end, the movie disappointed most fans who had been waiting for a long while to bring Justice League to the silver screen, and critics were not forgiving either.

Two years later, a Change.org petition surfaced online, amassing nearly 180,000 supporters who are all calling out to Warner Bros. to release the uncut edition of Snyder's Justice League version--or now known as the Snyder Cut.

Besides the petition, there was also some leaked footage from the Snyder Cut that suggested a different film from what was released.

Snyder was overwhelmed with the support and had even confirmed that the Snyder Cut was not only real but was also "done."

He had also released a few images from his version of the Justice League that showed scenes from Bruce Wayne, Wonder Woman, Aquaman, and Cyborg that were not in the version that was shown in theaters.

Despite the support from DC fans and even the Justice League stars themselves, Warner Bros. doesn't seem to have any plans on moving forward with the Snyder Cut.

But with the release of HBO Max soon, fans are not losing hope.