Team Fortress 2 has been getting continuous game updates and new content since its release in 2007. However, that seemed to have changed recently, as fans of the game haven't seen any significant updates regarding the game.

With that, rumors are circulating online that Valve has supposedly stopped development for Team Fortress 2, and are focusing on other projects--especially the new VR game Half-Life: Alyx.

Valve hasn't confirmed the rumors, but it seems like one of their long-term employees has spoken about the state of Team Fortress 2. 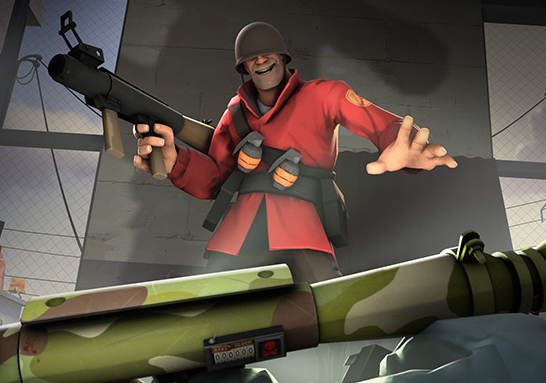 According to PCGamesN, Valve employee Greg Coomer said that "hardly anyone" was working on TF2, and that it was "kind of obvious."

"We don't have big updates for that game really anymore. We're just kind of keeping it going, and we're just gonna try and not shut it down or anything. But there's hardly anyone working on it," Coomer said.

Although the game hasn't seen any major updates, and will likely not get one in the near future, there are no plans on shutting down the game entirely.

Some fans have noticed the absence of Team Fortress 2 and Left 4 Dead on Valve's newest official account.

Working on Other Games

Another employee has also said in the Valve News Network interview that the studio is working on "more important things," which might refer to the newest Half-Life: Alyx game that is coming to VR systems soon.

Since Alyx is the first Half-Life game in over a decade, it would not be surprising if Valve is putting in more effort on its release since fans have been asking for a new Half-Life title after the last two episodes of Half-Life 2.

Perhaps another reason why the studio has more or less abandoned the game is due to the low player count.

Although Steam has listed nearly 50,000 players, it seems like there are only less than 10,000 players actually playing the game--a number that Kotaku notes as lower than the number of players playing the first Counter Strike title.

While some fans may be devastated with the TF2 news, many are rejoicing that the studio has finally confirmed that they are developing another Half-Life game, although it's not Half-Life 3 or Half-Life 2 episode 3.

Instead, Alyx will be a spinoff and will be available on VR only.

The studio will have to see how well it does once it's released, but still, it's one step closer to the continuation of the series, as people on Valve would "love to continue pushing forward."

The minimum specs required for Half-Life: Alyx had also been revealed, and it seemed like you need a powerful computer to run it, even if you only have cheaper VR systems.

The minimum requirements, according to Forbes, is the following:

The requirements are rather beefy, and it could leave behind many Steam players, especially as there are less than 50% of Steam users have a 12GB RAM.

Half-Life: Alyx will be released in March 2020.