Death Stranding's launch last month was one of the biggest launches of the year—but it turns out to be not exactly what everyone thought and has garnered mixed reviews, from people either loving it or hating it.

But regardless of whether you like the game or not, it's definitely one of the unique games of all time, and its creator—the iconic game developer Hideo Kojima, is garnering lots of praise from both the gaming world and the world of entertainment. 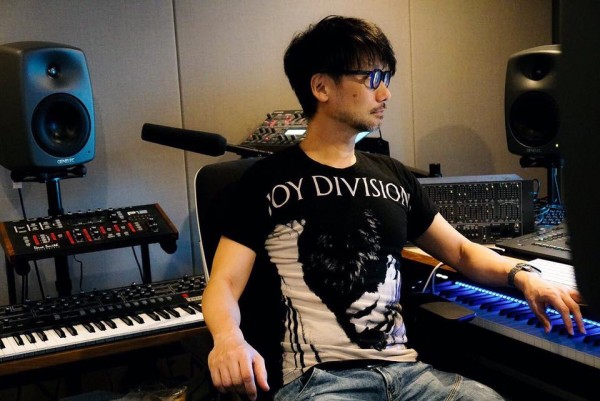 The latest to gush about the Japanese game developer is a legend himself. He directed some of the most famous films of all time, including some movies from the Star Trek and Star Wars franchise—none other than J.J. Abrams.

In an interview with IGN, Abrams talked about Death Stranding as well as its creator, Hideo Kojima.

Abrams only have good things to say about both the game and Kojima—even saying that the latter was a "master of the form," and that Death Stranding was "wholly unique" and was able to play with your emotions the way only a few artists could.

According to The Gamer, Abrams was already a huge fan of Kojima even before Death Stranding, and that he described the game as a "classic Hideo."

Besides praising both the creator and his work, Abrams also talked about the challenges of writing a narrative for a video game, such as finding the balance between creating the story and the player's choices.

The Star Wars director was not the first and only film director that praised Kojima's works.

IGN has also interviewed Ghost in the Shell director Mamoru Oshii, as well as Mad Max director George Miller, and both have expressed their love for Death Stranding and the genius mind behind it.

A Piece of Cake

Meanwhile, Hideo Kojima himself has let everybody on a little secret surrounding the game, and it has something to do with cakes.

It was no surprise to see the beautiful graphics of Death Stranding, from its breathtaking scenery to the fluid movements of the characters that looked exactly like the people who played them.

According to GameRant, Kojima has already revealed before that the game would have photorealistic graphics, but everyone who has played or seen the game can agree that the cakes in the game look incredibly real.

And that was because each cake was scanned from a real, hand-made cake, which everyone enjoyed eating after.

All the cakes appeared in DEATH STRANDING is handmade. We scan the real made cakes and after that we enjoyed eating them. TOMORROW IS IN YOUR HANDS.#デスストでつながれ#デススト#DeathStranding     #TomorrowIsInYourHands pic.twitter.com/nCWyCxuSfE — HIDEO_KOJIMA (@HIDEO_KOJIMA_EN) December 9, 2019

Kojima revealed the secret via Twitter, with a short video of the cake that looked similar to the Death Stranding cake.

The Story of Kojima Productions

Every Kojima fan would know he loves movies, but he also revealed that he dabbled in writing and wrote until he was in middle school, where he discovered games.

The game developer also said he was lucky he chose to be part of the gaming industry where he was able to do everything he has always wanted to do.