Even with five years to anticipate the SpaceX Starlink internet-satellite megaconstellation, this still came as a shock to astronomers. CEO Elon Musk first made the announcement of the Starlink concept way back January 2015 telling the world how SpaceX plans to launch about 4,000 satellites into orbit to provide a more affordable internet service to people around the world.

(Photo : Screenshot From SpaceX Daily Facebook Page)
SpaceX Starlink is bringing us into the future.

Shortly after the launches in May and November of 2019 and Jan 6, of this year, the Starlink has become an eye-opener for all the skywatchers and professional astronomers. Weighing 500 pounds (225 kilograms), this satellite climbed up to an altitude of 340 miles (550 kilometers) above the Earth's surface but the peculiar part about this is that the spacecraft could still be seen by the naked eye despite being way up in the sky!

A shocking happening for the astronomy community, SpaceX has brought people like Professor Patrick Seitzer the professional astronomy professor emeritus at the University of Michigan to leave a comment on this happening.

"What surprised everyone - the astronomy community and SpaceX - was how bright their satellites are," - Patrick Seitzer

There is a certain magnitude scale frequently being used by astronomers which gives lower numbers to objects that look brighter in the sky and higher numbers are assigned to those objects which can only be viewed through a powerful binoculars. Objects which range within 6 and lower cn be seen by the naked eye under the dark but clear skies. Surprisingly, As SpaceX Starlight made its way into space, it was given a 2nd or 3rd magnitude in Earth's parking orbits and an even more shocking 4th to 5th magnitude as it entered [operational] orbits.

The brightness of SpaceX Starlight is something many astronomers worry about because of the difficulty it would mean for ground-based scopes to look into space. 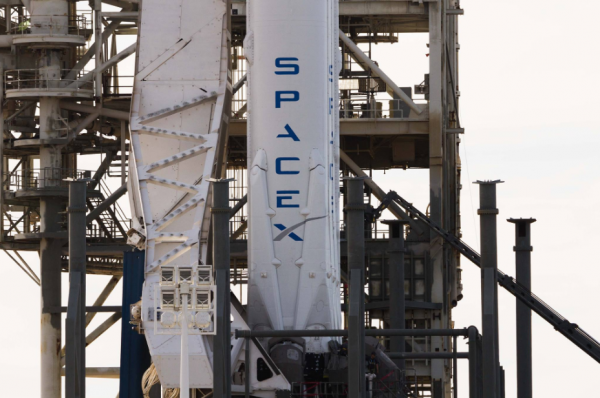 (Photo : Screenshot From Teslarati Facebook Page)
SpaceX is looking towards the future of planet Earth with their top satellite, Starlink.

The Future of SpaceX Starlink

In May and November of 2019 and Jan 6 of this year, there have 60 satellites launched into space and now, the total amount of SpaceX Starlink satellites orbiting Earth are nearly 200. SpaceX has secured permission from none other than the United States Federal Communications Commission to launch 12,000 new Starlink crafts into space. Even the approval of the international radio-frequency regulator for 30,000 additional satellites have been signed and it looks like we'll be seeing SpaceX a lot more in the future!

Currently, there are only around 2,000 satellites operating in orbit today. Throughout time, mankind was only able to launch a total of 9,000 crafts all together according to the United Nations' Office of Outer Space Affairs.

At the end of the day, SpaceX stays true with its goal to provide affordable internet connection to the world through the launch of many more satellites to come. Although this might come at a hindrance, providing affordable internet connection to the world is something SpaceX is very passionate about and it looks like this goal is very attainable with the use of their satellites.