The League of Legends Patch 10.2 Unfolds Great Advantages, Changes on Characters and Gameplay

The League of Legends Patch 10.2 is said to update their focus especially on the map's bot lane and other character improvements which can be either a disadvantage or an advantage depending on how the player handles the changes.

Marksman changes made in the League of Legends Patch 10.2

Draven and Jinx are classic characters which gamers have become fond of but maybe too familiar with. Well, luckily for those who frequent these characters, they will receive a small buff which is quite advantageous during gameplay. Although their buffs are a beneficial, it is still a bit unlikely that they would be able to match the holy trinity of Lucian, Aphelios, and even Miss Fortune. For players who frequent support, this new changes just makes everything a lot more interesting. 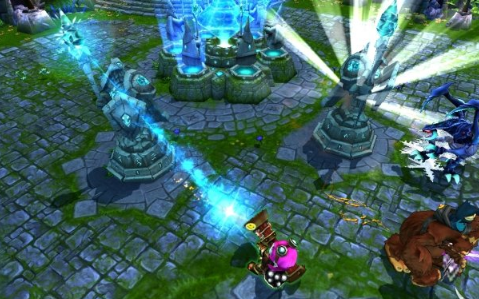 What happened to Sona in League of Legends Patch 10.2?

Sona will be receiving a major buff as her Song of Celerity will finally increase her movement speed to a great difference of 25% instead of the regular 10-14%. They may seem like small numbers but the increase in speed also allows her faster reaction and attacks. The purpose of this modification is to provide Sona with a better chance of avoiding skill shots. Although this may change a lot, do not forget that Sona has been played in the bot lane position way before. Sona's Ability Power can still be quite effective and could make its way back into the meta with this type of change.

A small improvement which may have significant results is Nautilus receiving a small nerf to the damage of his Q- Dredge Line. Lulu on the other hand gets better buffs as well as an increase in her base stats! Aside from this, the countdown for Lulu's E- Help, Pix! has been reduced to eight seconds from a bigger countdown of 10 seconds.

League of legends has been gaining popularity even with none gamers as everyone finds this game not only easy to play but also addicting and stress-relieving at the same time! Players can even play with each other which makes this game a fun activity for players and their friends. Anyone can play and it does not take too much effort to learn how to excel in this game. The Patch 10.2 should add to the fun of the entirety of this game.

ⓒ 2021 TECHTIMES.com All rights reserved. Do not reproduce without permission.
Tags: League of Legends Video Games patch Update
Most Popular