Sometimes veteran players get to discover something the creators did not see coming like utilizing Destiny 2's Season of Dawn Wormgod's Caress and Winter's Guile Perk bugs to optimize gameplay and stroll on certain advantages. Veteran players have made a realization that there are a few Exotic armor perks that can be used in certain methods which were not originally meant for them but still give a huge advantage. In fact, Titans and Warlocks are now able to destroy raid bosses like Riven in outstanding time and even without the use of a fireteam! 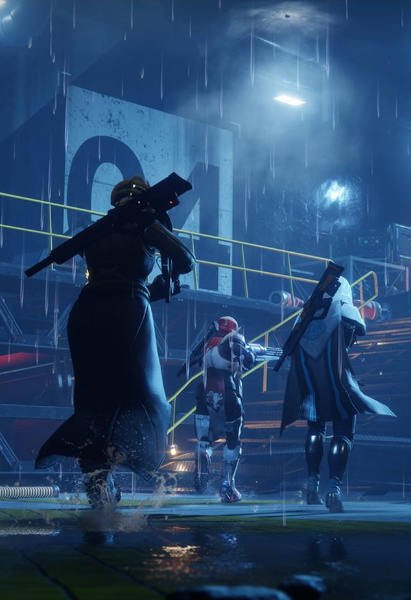 Bungie's bugs on Destiny 2 that may annoy you

Bungie is not excempted from bugs and although certain bugs have been fixed, there are still other existing bugs to look out for like the issue of players' stashes of Glimmer, Bright Dust, and even Legendary Shards being reduced. A shutdown has been initiated to make sure these bugs are dealt with.

The patch note for the Update 2.7.1 was released on the website including detailed myriad bugs that are dominating the game. Although a few of these bugs are still considered minor, they can still cause annoyances for players like certain bugs that terminate your character for no reason at all while traveling from a certain encounter to another one in the Pit of Heresy dungeon. The most noticeable bugs are still how Exotics that include Wormgod's Caress, Synthoceps, and Winter's Guile, which allows players to exploit their damages into high gear!

How the Titans deal with their bugs

It has been discovered that the Titan's Throwing Hammer melee attack could potentially be optimized by switching fast between Wormgod's Caress and Synthoceps. This then ripples into an effect triggering the armor's perks at the very same time! This specific boost may only last for five seconds but unequipping and re-equipping your armor could extend this timer!

The following are other bugs within the combat gameplay that have been fixed:

Roaring Flames buffering Solar Weapon Damage while being close to the Well of Radiance is now fixed.

Sunbreaker Titans bouncing a Throwing Hammer against the wall to self-heal has been fixed.

Warlocs using Blink right after switching weapons or cancelling a sprint has been fixed.

Sunbreaker Titans' Mortar Blast sometimes dealing little to no damage has been fixed.

Stacking Roaring Flames by destroying the Teesto projects by Sunbreaker Titans has been fixed.

The black screen when loading the PVP which puts players in the match faster than their peers is now being replaced for players to remain in spaceflight.

The bugs mentioned above are but a few of the existing bugs in Destiny 2 and although Wormgod's Caress and Winter's Guile gives quite a huge advantage, fair gameplay is still the mission of Destiny 2. Players can expect effective changes made by Destiny 2 to slowly make the field fair for everyone.