Twitter Leaks Nokia 5: Could the Super Soldier of HMD be Nokia's 'Captain America'?

Twitter is going wild over leaks of the new Nokia phone (which could be part of the Nokia 5 series) that is supposedly so good that it sports its very own code-name after the super-soldier himself, Captain America and is said to be available to the market on Mar. 4. This name is, of course, unofficial, but because of the shield-like camera housing, twitter took itself the initiative of giving this phone a name! 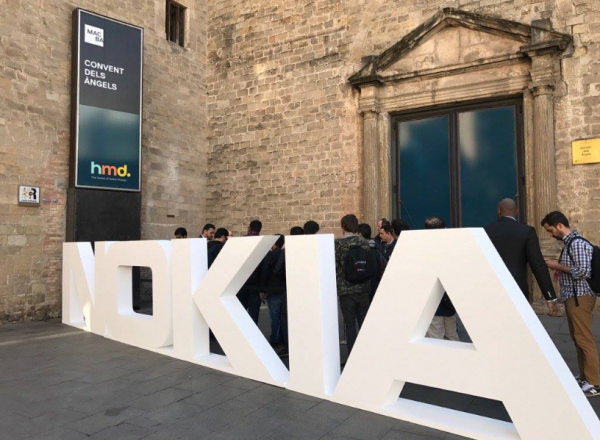 The HMD Global on Nokia

HMD Global holds a license to the Nokia brand and has announced its participation in the MWC 2020 festivities. This is usually customary for brands to finally expose their products to the public and showcase the hard work they have put in to develop something for the consumers to love. It is quite expected that a lot of mid-range devices would be seen at this launch, but the leak just gave away what could have been a shocking surprise!

According to the leak, this phone could potentially be the rumored Nokia 5.2, which offers 6GB of RAM and also 64GB of internal storage. Although the leak has not dived into particular details like the battery and other features, there is strong supporting evidence that this phone would have a quad camera combo on the rear, a back fingerprint scanner, a waterdrop notch, and in addition, a TA-1234 model number!

The statement from the person who gave these leaks includes details of the possible launch, which is on Mar. 4 and even a possible price which is around $180. If the price speculated is true, this would make the upcoming phone even more affordable than the previous phone, the Nokia 5.1, which was sold at a $253 price tag. Another interesting thing about this leak is that the possibility of it belonging to a different device series. The RAM and storage can be a probability, but official confirmation has yet to be released.

The affordability of Nokia

The Nokia Captain America seems to have quite a competitive price for a phone with a quad rear camera. Affordability would mean more people would purchase this phone and therefore increasing Nokia sales altogether. This phone is already pretty decent, in which many news outlets claims and some series of leaks. But of course, the final announcement has yet to confirm whether or not this is true. The HMD's MWC 2020 event will put an end to these rumors.

Nokia has been one of the pioneers in mobile phones, and although they have shifted their focus from luxury digitally advanced phones to affordable, functional ones, which are definitely worth the price, Nokia is still doing well when it comes to phone productions. The tweet might not give us confirmation on the specifics of the upcoming phone, but at least our hopes have been restored to see a new Nokia phone sometime soon.