How to Join the Next 'Fortnite' Tournament? Get Your PS4 Ready

You heard it right, Epic Games have been working closely with Fortnite to make the next tournament (to run on Feb. 15-16) only available on PS4. The question "How to join the next 'Fortnite' tournament" should be followed up with "Why PS4?" 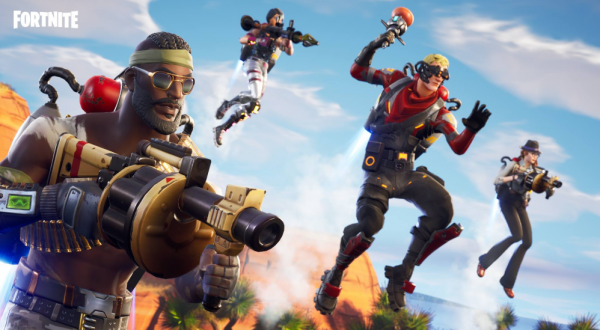 The ultimate announcement of Fortnite and PS4

Fortnite has had a few console-specific tournaments in the past--this is why they are now focusing on their work with the PlayStation 4. The studio has given its official announcement to have a PS4-only Celebration Cup, which is coming in close this February 15 and 16. This solo competition is only available to players with level 15 and above to make the game even more interesting. The prizes are something players of this game all envy!

Read Also: Catching A Fish: Fortnite Hacks for the Fortunate!

With a $1 million prize pool and also a promise of cash to the top 4,000 players, these prizes should be enough initiative to make gamers excited for this event. Players will be competing during a pair of three-hour periods, which is more than enough time for something crazy to happen! The best part is that the number of consolation prizes is good enough for any player, which means that even if you do not qualify for the payout, you will be able to get something at least.

Fortnite's popularity and why players are addicted to it

Fortnite has been growing in popularity from the cool dance craze and the mention of Fortnite by popular people. Well, this is because the game in itself is ultimately entertaining. With a wide array of possible actions, players will not get bored from doing the same thing over and over again. The skins and graphics of this game also make it a big plus because of the bright twist to warfare opposite the gritty, dark, and violent graphics we have become used to.

From fishing to building, there are so many possibilities in Fortnite that although this game is focused on shooting, you can also have fun doing other things while either distracting yourself of just from playing around. The friendly atmosphere of this game encourages beginners to keep on playing rather than be frustrated every single time. The environment of the game is truly enticing.

Fortnite's competitions and a worldwide fanbase

Fortnite has grown a following of players, and even famous YouTube celebrities like Pew Die Pie and others to mention have contributed to the mainstream success of this game. Reaction videos to video games have become a popular trend on YouTube as a majority of their younger audience is able to take a sneak peek of what the game would look like before they actually play it. This curiosity usually ends up in the people viewing playing the game as well.

Although this competition is strictly for PS4, we can still see a possibility that there will be other competitions in the future, which would allow different platforms as well.