Almost everyone does not anticipate a wearable like the Samsung Gear S2 to get more than two to three years of software guide unless it is an Apple Watch.The latest trend on upgrading, however, is what makes the update Samsung just started rolling out. If you're still rocking the 2015 Samsung Gear S2 smartwatch, your wristwear is getting a wholly surprising upgrade.

Samsung, according to reports, is rolling out a new version as they say. The new watch develops its battery life and security. The latest goodie comes wrapped in a small 6.79MB package.

Years have passed since Gear S2 had its last apparent firmware update as the smartwatch is approaching its fifth anniversary. However, Samsung went the extra mile, and the update should breathe a piece of fresh experience into the wearable, at the same time as the release of a brand new gadget.

ALSO READ: Samsung Gear S2 Classic In 18K Rose Gold And Platinum Launches In The US For $450

According to Tizen Help, the update additionally brings the Galaxy Watch Active 2 UI together with it, which could be top-notch if true.

It's not yet clear at the moment where precisely the new update is rolling out and how long it's going to take to reach your device regardless of where you reside. You could always monitor for the brand new updates via launching the Galaxy Wearable app in your connected phone, access the Watch software update, and tapping Download and set up if applicable. 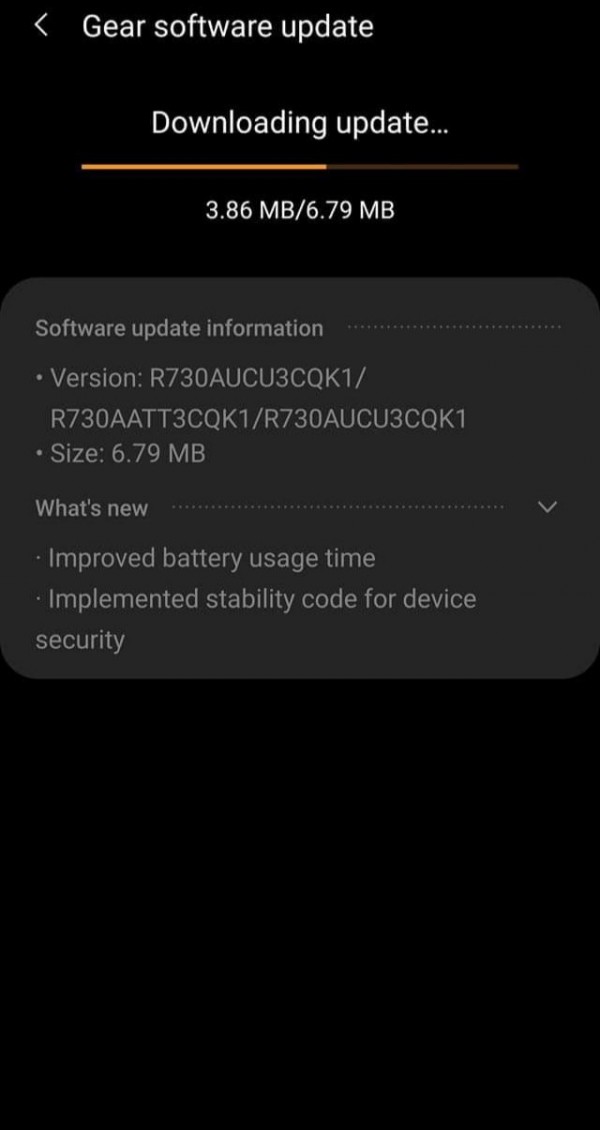 An improved battery cycle is continuously welcome, knowing that Samsung smartwatches have had a rough history of degraded battery existence. However, there is so much that Samsung can do to enhance the battery cycles of a nearly five-year-old smartwatch before the constraints of Li-Ion batteries started to kick in. Anybody who hasn't retired the watch to their bedside table's draw will no doubt be grateful for the added battery boost considering the Gear S2 launched in October 2015.

The Gear S2 was introduced to the market as a basic model in 2015. The smartwatch is compatible with non-Samsung smartphones as well.

YouTuber Jimmy of JimsReviewRoom found the S2 surrounded by this very unique, rotating bezel to cycle through apps and screens quickly.

The curved body of the watch, for Alex Dobie of Android Central, resembles an actual sports watch, and not some futuristic bangle like the original Gear S.

However, the reviews said there just doesn't seem to be enough battery juice. The Samsung Gear S2 has a 250mAh battery pack, which could last for ONLY two days. It also takes roughly two hours to be fully charged from 2 percent.

Some reviewers also experienced connectivity issues while connected to a phone. Jeffrey Van Camp of Digital Trends said the Gear S2 "would not" reconnect to your phone again once the watch runs out of battery. The wearable, according to Van Camp, repeatedly had trouble staying connected or reconnecting at a decent speed.