What to Expect on Legends of Runeterra Patch 0.8.3: 3 New Guardians, Fixed Bugs, and More

Just recently, Riot gave a statement regarding Patch 0.8.3 on their very own LoR website giving much-awaited information about the improvements made to Legends of Runeterra Patch 0.8.3 like three new guardians and fixed bugs. Although a more recent game, this one has already gained quite a following with its interesting gameplay that involves cards. 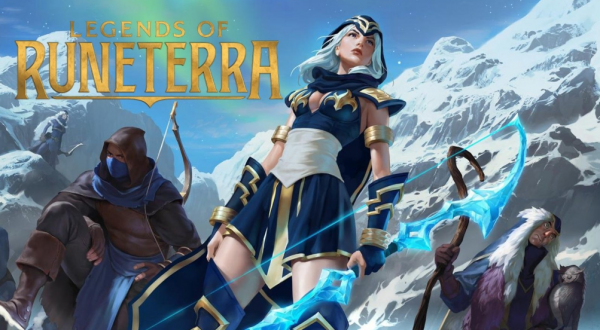 Located below are the full notes for the new and improved LoR Patch 0.8.3

The XP systems have been improved

Although there are no tweaks in the XP system since LoR devs are still monitoring, which changes which were previously introduced to the open beta. The product leads to metagames systems. On the other hand, they have been working nonstop to encourage the motivation of the game to make it less routine-like. Progress should be a fun experience instead of a boring one. Players should be able to have the liberty of enjoying what they do.

The Guardians and the Boards

Three new guardians have made their way to Runeterra, and these are the Basilisk, the Silverwing, and the Gloomtooth. These boards and guardians are already available in stores for you to purchase.

Miscellaneous improvements to the game

The animation speed has increased to make a tight frame look smoother and more in tune with the graphics. Whirling Death has also had a quick improvement and same with Yasuo's stun/recall damage. With the new LoR seen in a smaller size, the players would be able to play faster and make the gaming experience run smoother. The post-tutorial gaming content even downloads while you are playing throughout the tutorial instead of bogging you by downloading everything at once before you even start playing.

You will not have to worry that much about not being correctly updated on your total remaining once you have purchased some cards with shards or wildcards.

Players are now assured of receiving their cards after purchase, unlike before when some players were unfortunate enough not to receive their purchase.

The delays, unresolvable notifications, and other minor panel issues have also been looked into and improved from the root.

The Anivia also shows itself in the two Expeditions archetypes instead of just three.

The volume on "the box" and "Thresh's the box" has been reduced to a comfortable level.

The T-Hex leg rotation has been fixed in the celebratory animation. Improvements have been made to the T-Hex and Poro Collection images in general.

Read Also: How to Use Destiny 2's Wormgod's Caress and Winter's Guile Bugs to Your Advantage

The new Legends of Runeterra Patch 0.8.3 sees promising gameplay as the additional three new guardians, and the minor bugs have been fixed. Bugs usually make the game run slower and can be a source of nuisance for gamers leading them to even quit in the long run. Riot has finally dealt with these bugs and is proud to present to you the better Legends of Runeterra Patch 0.8.3.