Tungurahua, one of South America's most active and dangerous volcano located about 85 miles south of Ecuador's capital of Quito, is said to show early signs of 'potential collapse' that may result to a large landslide and can affect to over 25,000 people living near the volcano. 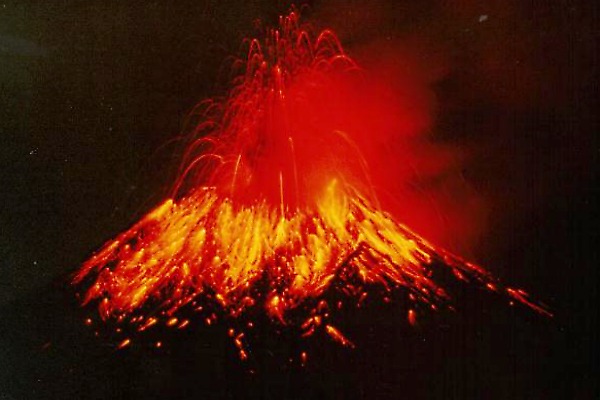 This volcano termed as the 'Throat of Fire' and locally known as 'The Black Giant' is seen to be producing early signs of collapse and hallmarks of flank instability, according to a study published in the journal Earth & Planetary Science Letters.

"Using satellite data, we have observed very rapid deformation of Tungurahua's west flank, which our research suggests is caused by imbalances between magma being supplied and magma being erupted," said Dr. James Hickey from the Camborne School of Mines that published the study.

Back 3,000 years ago, a similar ancient eruption was reported in the volcano that led to Tungurahua's western flank partial collapse. Worse, in 1999, the said the dangerous volcano erupted-- forcing an estimated number of 25,000 people to be evacuated far away from the volcano - the impact of the eruption and landslide covered around 30 square miles of the country.

"[The west flank of the volcano] was uplifted by roughly 3.5 centimeters [1.38 inches] over three weeks, while the other flanks remained stable," Hickey told Newsweek.

Hickey and his team believed that an increased risk of flank collapsing is happening to Tungurahua. They said that people living near the volcano must be aware of the incident and warned as there is no assurance or tentative date on the volcano's possible eruption.

Why is Tungurahua showing signs of eruption just now? 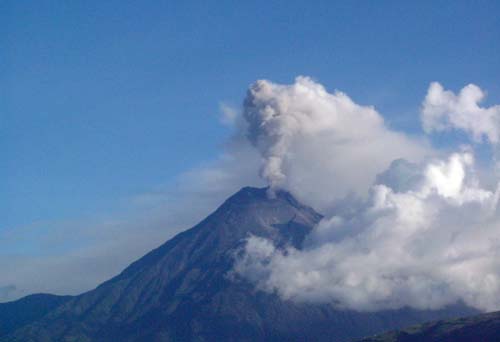 As mentioned, Tungurahua experienced an eruption 3,000 years ago, which resulted in wide-spread debris avalanche. Since then, the volcano has been rebuilding from the incident. However, there is a part of the volcano -- above the place wherein the 3,000-year-old eruption occurred -- that recently showed repeated signs of rapid deformation of the flank.

This means that the flanks of the volcano are unstable-- causing Tungurahua to shown early signs of 'potential collapse.' Hickey also explained that once the magma supply continues to increase, the volume might cause stress on the volcano, leading to the worst eruption.

"Magma supply is one of a number of factors that can cause or contribute to volcanic flank instability, so while there is a risk of possible flank collapse, the uncertainty of these natural systems also means it could remain stable. However, it's definitely one to keep an eye on in the future."