As Toy Fair 2020 is just around the corner, Hasbro is reviving some retro video games for a new generation and everyone is pretty much excited about this. Nostalgia will definitely hit players of the '80s and '90s as the company plans to bring back the handheld LCD game in four new versions along with some old titles as well. 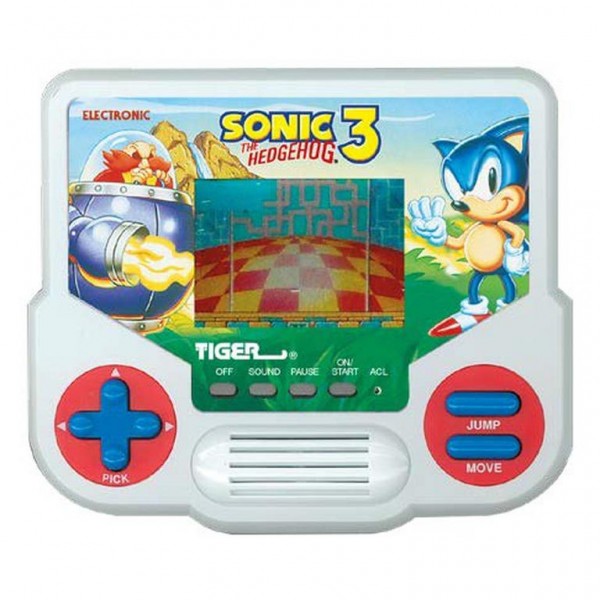 They were cheap and affordable and really durable. These games were absolutely addictive as well and were available in so many editions and versions that it was always on point with everyone's preferences back in the day. Big toy companies from the past few years have been trying to revive toys and old brands that haven't been for sale and in stores in decades, including Speak & Spell and Micro Machines.

When will they be released?

This new line of Tiger Electronics video games will launch with four titles in the Fall, and these include the classic Sonic the Hedgehog 3, Disney's Little Mermaid, Marvel X-Men Project X, and Transformers Generation 2, and are all available for pre-order from GameStop for $15 each. These retro games are technically based on the original versions years ago.

Players are also hoping that everything that comes with this, mechanically and technologically, have now been updated and improved, leaving behind the use of AA batteries that everyone was used to back in the day

This is not the first time that '90s LCD games made a comeback. In fact, back in 2017, Bandai Namco revived the classic Tamagotchi that everyone loved where the game started as virtual eggs that players hatched and nurtured into adulthood by feeding and taking care of them. They also had a wide range of competitor knockoffs, just like the Gigapet, before fading into and completely disappearing.

They have resurfaced all throughout the years as accessories in fashion  and even had an app and a miniature version was released in Japan for a limited time, "We're going after that nostalgia," says director of brand management Tara Badie. This was true since the Tamagotchi only made a lot from the comeback solely on nostalgia which the millennials had provided. Hopefully, it won't be the same situation with this Tiger Electronics' revival and it will actually stick for at least a couple of years longer than the Tamagotchi.

Read Also: Hasbro Is Crowdfunding Ideas On Indiegogo For Its Next Great Game