POKEMON GO MOVIE COMES TO NETFLIX! Mewtwo Gets a Remake from Mewtwo Strikes Back: Evolution [VIDEO]

Fans of the Pokemon franchise are going crazy for the new Pokemon Go movie, where a specific character gets an amazing remake this Feb. 27 on Netflix! Mewtwo (along with every other pokemon in the movie) gets a huge transformation from the original Mewtwo Strikes Back: Evolution! The whole fanbase is excited as the uncanny resemblance of the original and the remake have in common. Most remakes fail to do what they are supposed to do which is basically make improvements to the original movie but this specific movie does not take or add too much, this movie makes pokemon like Mewtwo cause fans to scream and shout with excitement! 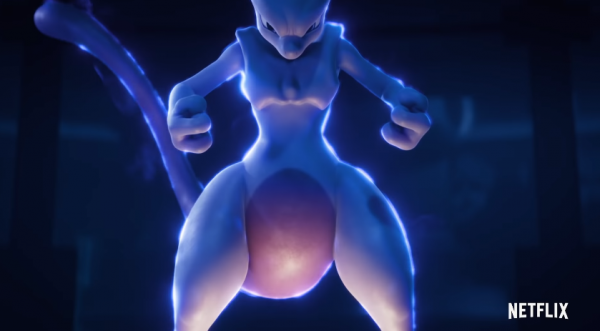 Netflix has been coming up with brilliant remakes of games lately

It seems like Netflix has an interesting strategy of taking games with a good enough fanbase and transforming them into movies or series like what they did with Witcher, which turned out to be an enormous success for Netflix! The new reanimated version of the classic Pokemon movie Mewtwo Strikes Back: Evolution expects a CG version of the movie without changing the plot at all. Certain scenes can be seen to use a different angle, but nothing major is taken away from the original movie to make sure that fans do not become disappointed.

Although fans of this franchise are already very familiar with this movie, pulling on the nostalgia strings of fans can create a huge following once again as certain scenes are recreated to fit the modern setting of the present time. The movie remains family-friendly, which caters to a huge age range to make sure that not a singular fan is left out from enjoying the whole movie in itself.

Pokemon has grown into a force of its own

When pokemon started out, it was only a simple game for the Game Boy console, which had very simple features, but the whole concept of the game was already strong enough to garner a whole following! At first, pokemon was not that popular, and only a few gamers knew about it, but as consoles started to evolve, the game started to evolve with these consoles as well and has grown even outside of the simple consoles to many different venues.

Aside from being a game, pokemon also created a culture

The game was a huge success, but aside from just being a game, this franchise also started to branch out into cosplays, art, and even other versions of their game with different gameplays like Pokemon Go, which does not follow the traditional gameplay. The world of pokemon has started to expand bigger than any fan's imagination.

The Pokemon movie on Netflix comes as a symbolic representation of how long pokemon has been a big influence on the hearts of gamers and non-gamers and seeing Mewtwo's transformation compared to the original visuals presented in Mewtwo Strikes Back: Evolution shows just how much this franchise has grown.