Whether or not you are a fan of the new school Pokemons like in Pokemon Swords and Shields or participated in the Max Raid events, Gigantamax Pokemon is still something fans look forward to with Milcery headlining and a bunch of new sweets. The new Event will bring the whole Dynamax/Gigantamax phenomenon alive! 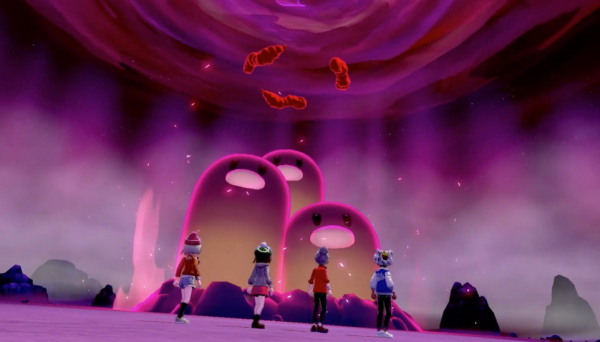 Finally, we can take a step further as the new Generation VIII titles have taken a whole new step forward. Step by step, fans are starting to ease into the whole new game enjoying the MMO open-world Pokemon platform. The Wild Area and other online events have been pulling previous fans of the franchise to try out and relive their Pokemon trainer dreams.

What players know about the Dynamax/Gigantamax phenomenon

Although considered as a fresh gimmick this time, Dynamax/Gigantamax has started to become the center of attraction for the Pokemon world with an out of this world time-limited cross between the beloved Mega Evolutions and the Z-moves as well as they add an interesting strategic wrinkle to the overall gameplay.

To ease players into this concept, the game encourages the players to challenge the permanently-transformed Pokemons during Max Raid battles along with three different players or even NPC trainers. This gig is slowly working as players are easing into the game slowly but surely.

The rewards of the challenge

Aside from being able to capture the specific Pokemon you defeat, there are also a number of rewards that go with this victory, such as important Technical Records and also other items. The most fulfilling reward is still being able to capture for yourself a specific Pokemon that can do the Gigantamax. This opportunity comes along only during special events. It is time for the Milcery Max Raid showcase to be the star of the show as players have graduated from the hype of the powerful Gigantamax Snorlax, including its formidable G-Max replenish.

Gigantamax Alcremie and its potential

The unspeakable potential of the Gigantamax Alcremie is holding players to the edge of their chairs with excitement as the solid stats, and G-Max Finale attack takes the stage. For players who want this, the Wild Area is very much open right now with a timeline from Jan. 30 to Feb. 16. Milcery will be available to battle within Max Raids, which makes it possible for Gigantamax to evolve.

Read Also: The Pokemon Sword and Shield Freebies is Up for Grabs; Expansion Pack Coming!

There is so much more to Sword and Shield as people are discovering the different forms of the Alcremie that are available depending on how the evolution runs toward with your decisions. Many different sweet items are also available for use to direct the evolution differently, although some have not yet been deployed to use within the game. According to Pokemon's official site, this different Milcery gives players a chance to get Ribbon Sweets or even Star Sweets, which were not yet obtainable before. Pokemon Sword & Shield is an interesting game with the Max Raids bringing new sweets and as Milcery is headlining.

ⓒ 2021 TECHTIMES.com All rights reserved. Do not reproduce without permission.
Tags: Pokemon Pokemon Sword and Shield Video Games
Most Popular